The Dollar’s Rally is Finished

We have not ever seen a corporate exodus this size or scope in history. The sheer scale and vastness of the economic isolation is without precedence. Company after company simply got up, walked out, and left Russia after its invasion of Ukraine in pursuit of strategic access to the Black Sea and in a violent attempt to secure Ukraine’s coal, natural gas, and oil riches, as well as fortifying Russia’s presence in Europe.

Putin played his hand and didn’t account for all of the blowback and the unity of the world’s nations against him, even those that normally remain neutral and silent, countries like Switzerland and Singapore.

I was in Moscow just three years ago. It is very modern, capitalistic, and materialistic, so to see all of that Western influence go out the door all at once is incredible. It is a reminder that globalization isn’t a given… closed borders and isolation can be your fate if you act in a manner that defies the rules of conduct of the influential countries.

Russia’s GDP stands at 11th in the world, at $1.4T before this war, but that’s less than 10% of China’s, where the government means business and whose economy is in the race for the biggest in the world.

To give you an idea, if Russia combined its GDP with that of South Korea, Brazil, Australia, Mexico, Canada, Italy, and France, it would still just be on par with China’s. In other words, China, being a contender of top dog, is in somewhat of a plight because of old Vladimir.

On one hand, Russia and China do LOTS of business together and are regional allies, but on the other hand, China is seeing how quickly the West can FLIP ON THEM if they try to pull some stuff off.

Before you dismiss the declining West and claim China is the future, the facts are that China is between 10-20 years behind the West in many key technologies. Even though they are catching up, it could be 2040 before they are on par.

China does way more trade with the U.S. than with Russia, so when push comes to shove, when faced with the possibility of isolation from America’s imports and exports, President Xi would rather never speak to Putin again than close the door on the United States.

If China wanted to play the game that Russia is playing right now, it would send its economy back two decades, see a massive depression, and would probably be forced to devalue its currency since things would be far more expensive for it to produce and purchase. 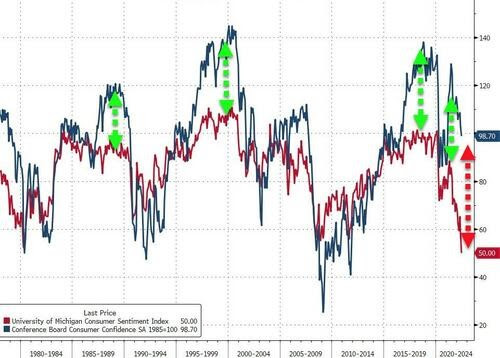 So, while we look at the consumer surveys in the U.S. pointing towards this being one of the toughest times for the American shopper and consumer, keep in mind that, in the big picture, America is the top dog.

It will recover, grow, and prosper as long as the fundamentals of its enterprise system remain intact.

The stock market is certainly resetting by the most we’ve seen since 2009, but what’s encouraging is that the banking system is strong, the housing market is still growing and will be for years, Big Tech is flourishing, and Wall Street is far more restrained than in 2008.

If Putin is getting close to opening up to peace talks, the markets can rally, but if things stay just about the same, you’ll have a chance to keep accumulating stocks at good prices because Wall Street is buying bonds since they are the cheapest they’ve been in 11 years. 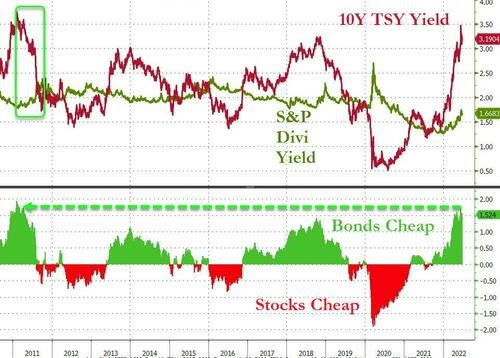