Speaking in front of high net worth investors at the most recent Casey Summit, Rick Rule says, “Watch Adnani, because it is people like him and companies like BRI that will have the biggest surge once the bull market is fully underway.” 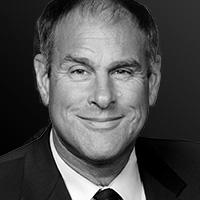 Watch this secret dinner hosted by Casey Research, where billionaire Rick Rule leads off the dinner by making a stunning endorsement of Amir Adnani and this tiny little gold stock. 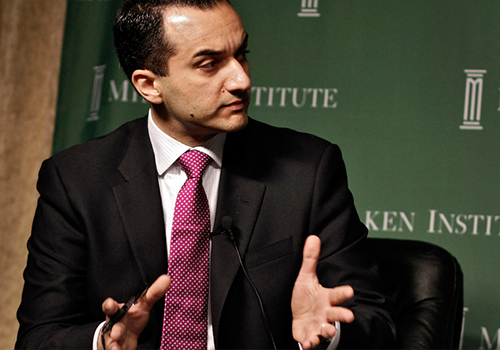 I was in a room full of some of the most legendary investors on the planet: Rick Rule, John Mauldin, David Galland, and even a rising star who’s made millions in the resource sector – Marin Katusa.

The evening had a strong vibe for opportunistic investors. The resource sector was down 70% in the past 3 years, and the best management teams in the world were taking advantage of it, working to acquire multi-million dollar assets for pennies on the dollar.

Amir Adnani, our host, was grinning from ear to ear after seeing a short rebound in gold during the spring of 2014. He said his cell phone went quiet over the summer. Management teams that were desperate for help were starting to hold out, feeling optimistic with a rising gold price?but now, gold was crashing — dropping from $1,300 to below $1,200 per ounce — and Mr. Adnani’s phone was ringing again.

With a falling gold price, Mr. Adnani knew the blood-in-the-streets moment he had been waiting for was here. This was his moment to seize the opportunity for his shareholders by growing his resources in the ground through acquisition.[/su_note]

During the dinner, Marin Katusa, the Chief Energy Strategist for Casey Research, stood up and told the attendees that the biggest secret for BRI was that through the acquisition of Brazilian Gold Corp. last year, BRI had picked up a uranium project in Canada. BRI had a 75% stake in a joint venture project with Areva, the world?s 2nd largest uranium producer.

Where the previous management team lacked in experience, BRI’s team exceeded expectations. Amir Adnani, founder and chairman of BRI, is also the founder and CEO of 1 of only 12 uranium producers in the world: Uranium Energy Corp (UEC). This was a bid deal for Katusa. He referred to this uranium project now in BRI’s list of assets as a potential lottery ticket for shareholders. You see, the project is in the Athabasca Basin, known for its high-grade uranium deposits – a place where Marin Katusa was 5 for 5 in backing management teams who were responsible for major discoveries. Just to give you an idea of how plentiful this small piece of land is, it is only 40,000 square miles, less than the size of the state of Kentucky, but it is where 20% of all uranium is for the entire world!
[su_animate]

“BRI has a project located by other major discoveries and like I said,
its joint venture partner is the billion-dollar giant Areva.”

[/su_animate]
Between Rick Rule giving his introduction of Amir Adnani and Brazil Resources (BRI), I definitely started to get the sense that the right people were getting behind this company; from billionaire investors to major Brazilian players, heck, even the former Minister for Natural Resources in Canada was on the board of directors.

With all the volatility we have seen in the past 3 years, BRI’s home exchange is down 70%, while BRI during the same period has seen a decline of 33%. The value, though, of BRI has gone up dramatically. BRI since its first day of trading in 2011 has added several gold projects, acquired another gold company, and now has 4 million ounces of gold resources, along with a uranium project in the Athabasca Basin.

Having a share price that is down after all of this growth in the company makes for a dirt cheap investment opportunity for investors looking for gold exposure parterned with the right people and in the exploration business to maximize profits for early investors.

Legal Notice:
Never base any decision off of our emails. FutureMoneyTrends.com stock profiles are intended to be stock ideas, NOT recommendations. The ideas we present are high risk and you can lose your entire investment, we are not stock pickers, market timers, investment advisers, and you should not base any investment decision off our website, emails, videos, or anything we publish. Please do your own research before investing. It is crucial that you at least look at current SEC filings and read the latest press releases. Information contained in this profile was extracted from current documents filed with the SEC, the company web site and other publicly available sources deemed reliable. Never base any investment decision from information contained in our website or emails or any or our publications. Our report is not intended to be, nor should it be construed as an offer to buy or sell, or a solicitation of an offer to buy or sell securities, or as a recommendation to purchase anything. This publication may provide the addresses or contain hyperlinks to websites; we disclaim any responsibility for the content of any such other websites. Please use our site as a place to get ideas. We have been compensated a total of twenty thousand four hundred dollars paid directly by the company for our marketing services for the past 90 days. We also own shares of Brazil Resources and recently participated in their private placement. Enjoy our videos and news analysis, but never make an investment decision off of anything we say.