The Personal Finance Guru for Doomers???

Dooms Day Prepper Reveals How You Can Still Build Wealth 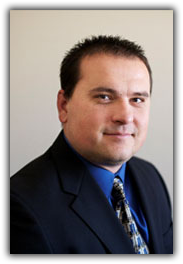 [/su_list]Daniel, who shares wealth building strategies to his newsletter subscribers at FutureMoneyTrends.com, is the first personal finance guru for investors who simply don’t trust conventional personal finance touted by big names such as Dave Ramsey and Suze Orman.[/su_note]

“In 2010, I looked at the newsletters, blogs and personal finance gurus and realized there was a big hole. You either had total doom and gloom or people who were so clueless about the economy that they treated the 401k as if it was something conceived in the Garden of Eden. I knew that Wall Street and the government weren’t going to help people build wealth, but I also knew that hiding in a bunker with gold wasn’t the answer, either. So I started what I believe is the first and only personal finance letter for the new economy.”

Nearly 5 years later, Daniel has helped create new millionaires… even in an economy he describes as being in a depression.

After successfully predicting the collapse of the stock market in 2008, Daniel began a quest to learn how to build wealth in hard times.

Concerned about both a currency crisis and a deflationary shock, Daniel spent nearly two years studying ways people have thrived during bouts of hyperinflation, government collapse and deflationary depressions.

Investing in yourself became his investment philosophy – one that has helped his subscribers start businesses, own safe publicly traded companies, partner in small private ventures, become landlords all over the world, and set up savings accounts that yield more than 5%, all completely outside of the baking sector.

“We’ve all been conditioned to reallocate capital to the experts, when in reality, the experts may be the worst people to trust since they are part of the Wall Street system that leaves average people wondering what will happen to their money on a day-to-day basis.”

Daniel believes that the next decade will look nothing like what we saw from the 1950s to the early 2000s. Which is why his subscribers are avoiding mutual funds, in favor of owning their own cash flowing machines. From his extra income ideas to his Cash Flow for Life letter, the FutureMoneyTrends.com letter has become an income idea machine with the goal of increasing the net worth of its members on an annual basis.

When it comes to the stock market, Ameduri is extreme with his picks, starting each investment idea with a simple question:

“Will this business provide goods and services to my grandchildren?”

“York Water even paid a dividend during the Civil War,
when they were occupied by the South for a short time.”

Nothing irritates Daniel more than the 401k. He calls it one of the biggest scams in the entire financial industry.

He frequently uses this parable while speaking at conferences:

“Imagine walking into a bank and borrowing money without knowing what the interest rate was and the lender you borrowed from has a history of changing the rules in times of crisis. You wouldn’t borrow the money; no one would. But this is exactly what a 401k is: you are borrowing money from the IRS with no idea of what your future tax rate will be.”

Daniel points out that the assumption that you will be in a lower tax bracket is an open admission by Wall Street that the goal is that you will be poor by the time you reach retirement. For those who don’t intend on being poor, you are making a very serious bet. A bet that will likely lose, according to Daniel.

“In 10, 20, or 30 years from now, do you honestly believe that even with skyrocketing government spending and debt, taxes will be lower?”

Herein lies the catch, according to his recent posts. You are choosing to pay no taxes now so that you can pay higher taxes later. At best, if your financial planner achieves his goal, you will be in the poorest tax bracket when you withdraw your money.

“Look at a chart of the income tax. This is the most unstable graph you will ever see, yet millions of people have taken the leap of faith that no tax today will be rewarding decades from now; I don’t think so…”

A strong advocate for gold and silver and the ultimate insurance against what Daniel believes is an unsustainable financial system, he also recommends owning rental property.

However, his reasoning is much different than your realtors…

Unlike conventional advisors on real estate who encourage rental property for appreciation and a tax savings vehicle, Daniel likes it as a hard asset, made up of real commodities and man power – one that he believes will be in high demand as home ownership collapses during the remainder of this decade.

He calls it a rental boom, where both baby boomers and millennials look for good rental housing in the face of a weak economy. Something that by all accounts is already happening. Recent data has shown that rental rates are on the rise and home ownership continues to drop, despite the mainstream coverage of a recovery.[/su_note]

Here is where Daniel Ameduri separates himself as a personal finance expert. His obsession with protecting and thriving during either a high inflation period or deflationary shock has his savings strategy split into 3 parts:

[/su_column][/su_row][su_note note_color=”#f4f5f5″ text_color=”#000″]Each strategy comes with its own series on his website’s premium membership area, with his True Hedge strategy — the only strategy that protects against deflation and inflation — making it the biggest new idea for 2014 in the alternative finance space. This has helped set his FutureMoneyTrends.com site as the premier letter for investors who don’t trust the current status quo.[/su_note]

Though Daniel doesn’t see much growth for the U.S. economy, he strongly believes that you can’t allow yourself to be captive to your environment. Each individual must choose their own destiny. Through his letter and free Weekly Wealth Digest, he plans to continue delivering the safest and surest ways possible to accumulating wealth for everyday investors looking to overcome the real depression he sees in our economy.

To contact Daniel Ameduri, visit his site at FutureMoneyTrends.com