Is Bitcoin Going Away?

Crypto investors are in depression, and the sentiment for the entire space couldn’t be worse.

At the Miami Bitcoin conference in January, the celebration was on and the room was filled with ICO millionaires. People were quitting their jobs to become full-time traders…

Institutional money went from flooding into the space to sitting on the sidelines.

The real damage to the space is the ICOs, though, as most aren’t liquid and many have gone to zero.

This is why many investors are in depression: most of the hardcore, dedicated crypto investors sold their Bitcoin profits and went all-in on the altcoins, where they saw all of their profits completely vanish!

It’s why we’ve stuck with the big ones: Bitcoin, Litecoin, Ethereum, and our only blockchain stock suggestion, HIVE Blockchain Technologies.

Here’s the deal, though. It’s going to get worse in the near-term because this kind of run up with euphoria and then collapse is going to take a few months to sort itself out.

If you’re in the crypto space, you’re lucky though. With any other sector, it would take years to recover, but this entire crypto space has consistently shown to move at 10x the rate of previous tech innovations.

In his recent post at USFunds.com, the chairman of HIVE Blockchain Technologies, Frank Holmes, pointed out to me this past week just how fast Bitcoin is moving compared to what we’ve seen in the NASDAQ. 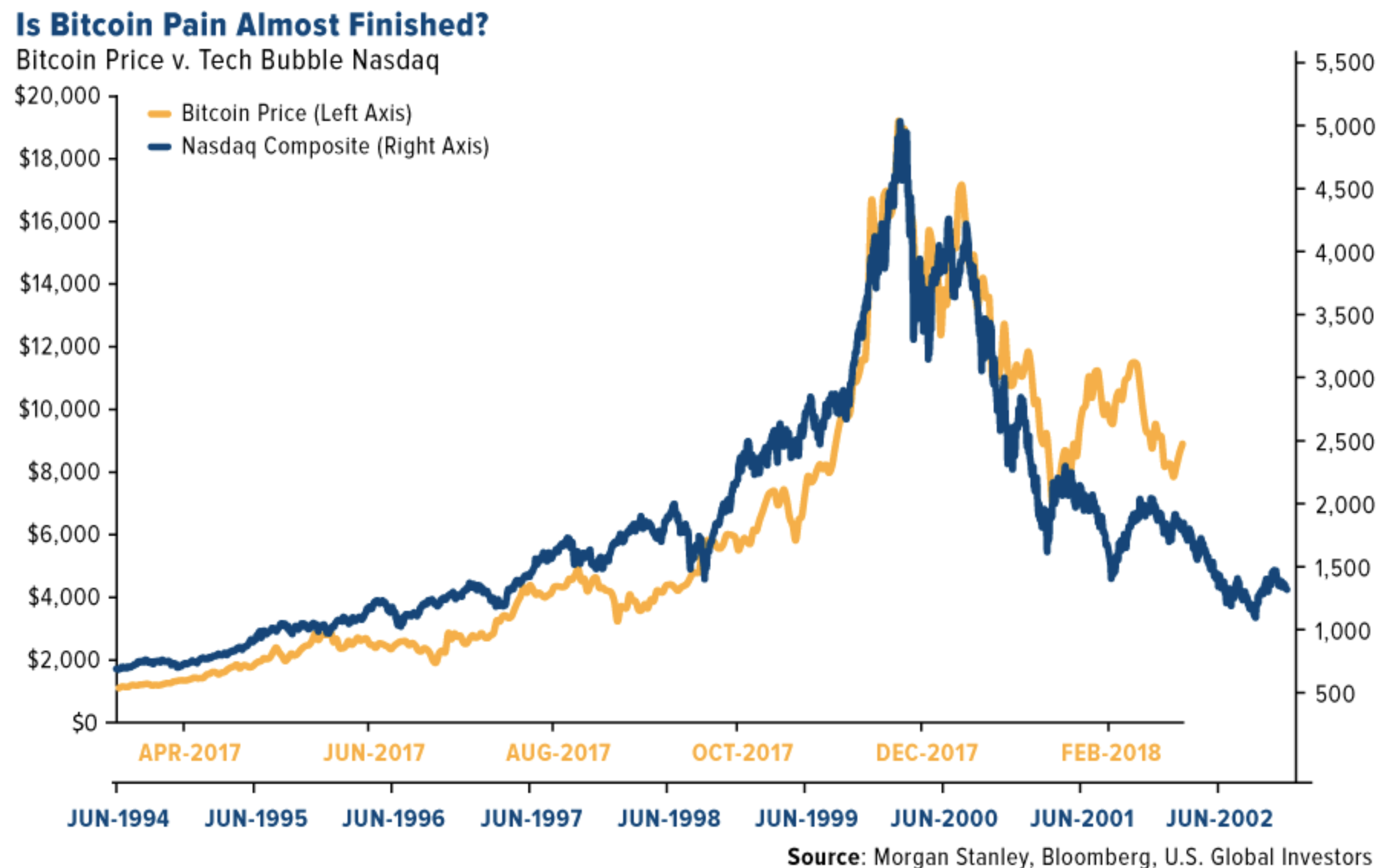 FutureMoneyTrends.com is forecasting that the worst will be behind us by July and that the best bargains will be in the early summer of 2018.

It’s never been a better time to buy gold and silver. I think the market is making a huge mistake in ignoring the significance of the new Chinese gold-backed oil futures contract denominated in yuan.

This is going to lead to a NEW demand for gold – it’s the remonetization of the yellow metal.

Be ready for a huge upside surprise this year in gold, in our opinion.