Is Bitcoin Making a Comeback in Mid-2015?

We all know the story. Bitcoin’s big rally end of 2013 and into 2014, and then kaboom, it all went up in smoke. There’s some recent developments finally a year and a half later that look like things could finally start turning around.

1. Bitcoin is finally recognized and fully regulated somewhere in the US after New York passed their BitLicense final regulations.

2. Bitcoin has been around so long, most people who aren’t in this sector don’t see it as a “new” thing anymore; in other words, it has proven itself not to be a fad.

3. A key development compromise has been reached that increases the scaling ability of the software. Just within the last few weeks a debate was going on about raising the block size limit, this allows more transactions into each block (blocks are generated about every 10 minutes). Without an increase, bitcoin could not handle wider adoption inherently without third-party tools.

4. There are bitcoin stock shares NOW trading publicly, though on the OTC market only. But there are multiple stocks “soon to be” supposedly around the corner. The current symbol is GBTC. The current price of that still posts bitcoin at a premium over official price metrics.

5. The massive debt problem in Greece coming to a head. Read ZeroHedge.com and you’ll see all the talk of lines at ATM’s and the coming debt default, which could be catastrophic as soon as Monday June 22nd.

6. The war on cash is accelerating. In the US Police and IRS are confiscating cash and bank accounts, some countries have negative interest rates for bank deposits, and more people are realizing how bad the tax and financial system is screwing them over (see reddit.com news and Libertarian subreddits.

Bitcoin Has Established Itself

Nearly 7 years ago we were introduced to an idea. 6 ½ years ago was the beginning of the software launch. Now we’re sitting on a world financial network that needs no central authority, only requires internet and a computer to run, and with which you can send millions of dollars of value within seconds at the cost of pennies. Add these stats to the news that a major hurdle going forward in terms of development has been reached. The block size is being raised to allow more transactions per second; significantly (an eight-fold increase). Though this change it seems is waiting until January 2016, it is a psychological barrier that has been breached. The current plan also increases the size by double every two years, making it sustainable into the future.

Bitcoin was again reviewed by Canada’s Senate where they concluded recognizing the great potential for innovation and called for a ‘light touch‘ on regulating the digital currency. 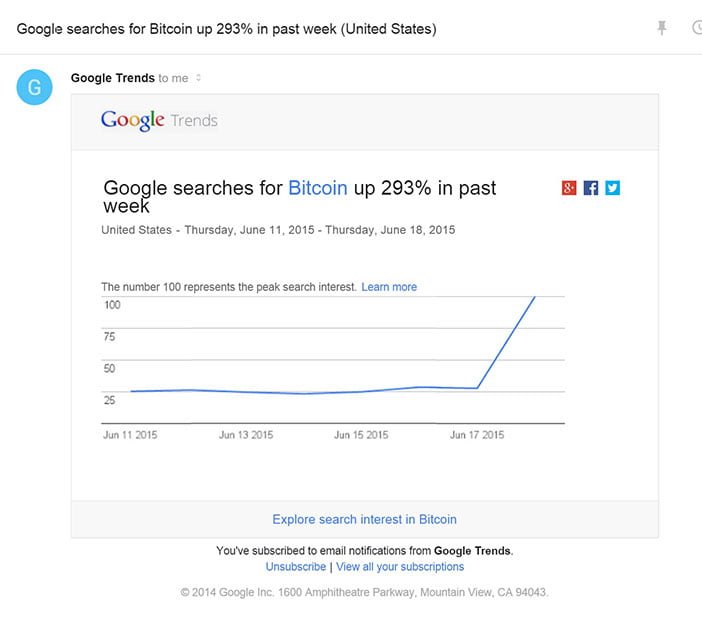