Distributed ledger technology has dominated tech headlines since the crypto explosion of 2017. It’s tough to invest in blockchain per se, though, as most blockchain investments are impure and indirect. For instance, investing in a particular token is an indirect path to blockchain exposure, as it would involve the ups and downs of the currency itself – hence the trope “Bitcoin does not equal blockchain.” Frankly, it’s not easy to get direct, unique, unadulterated exposure to the blockchain as an investor.

Even if somehow you found a pure play in the blockchain space, you’d have to wonder whether you’re investing in a solid, reliable company. If you’re as selective with your investments as I am – and if you’re not picky, you’re not really investing – then you’ll have myriad questions that must be answered: What kind of expertise do the leadership and advisory teams have? Is the firm leveraging the power of strategic partnerships? What does the company’s balance sheet look like? And, more fundamentally, exactly what kind of exposure to the blockchain are we seeing with this company?

But let’s back up a little – first we need to identify a sub-sector of blockchain investing that isn’t pinned to cryptocurrency prices (because, as we said, Bitcoin does not equal blockchain). In this regard, one thing is known for certain: large-scale mining is a safe bet because there is a huge demand for it. Indeed, we know that industrial-scale mining remains highly profitable even at cryptocurrency prices far below current levels. Professional-grade, scalable mining hardware is needed, and will continue to be needed, in order to support the rapidly growing blockchain ecosystems.

Just the energy consumption itself would be enough to wipe out any small-scale or home-grown mining attempt over the long term.  The figures are staggering, and the projections are (almost literally) off the charts: 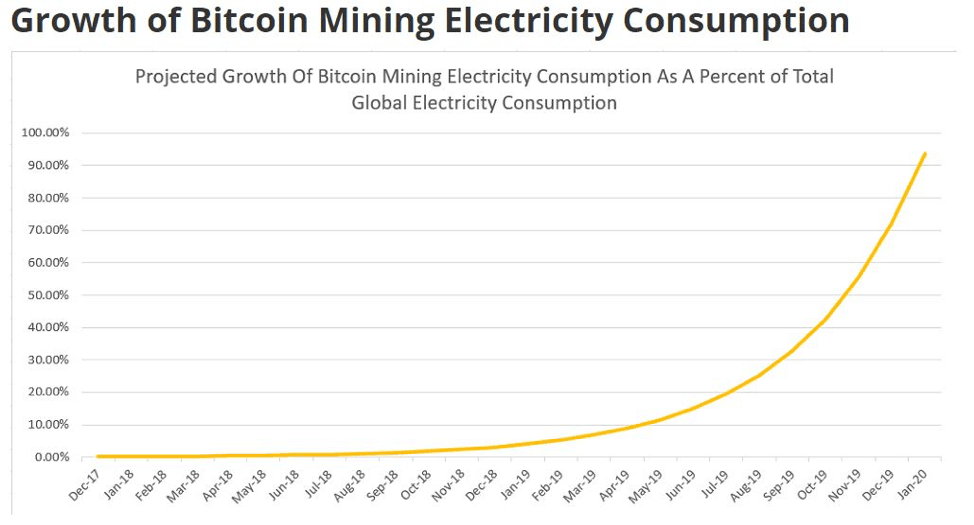 So mining isn’t easy, but is sure is profitable if done right. The sheer magnitude of data that must be processed means that the best miners will have no lack of demand for their services. Many millions of dollars are up for grabs to the best, fastest, and most reliable data miners on a daily basis.  Take a look at this chart, which illustrates how Bitcoin mining, by itself, is worth millions every day: 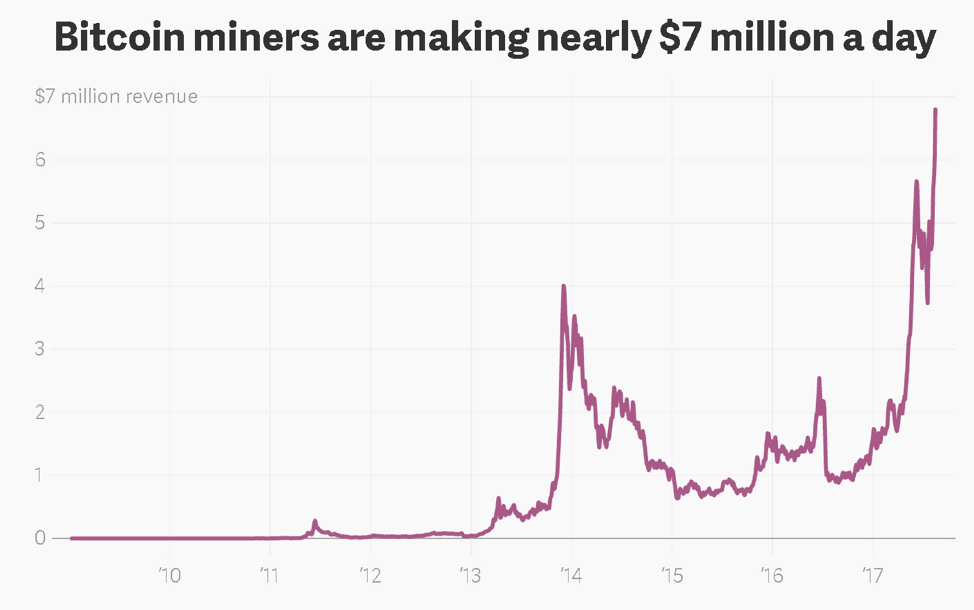 But which company is best equipped to handle the responsibility of processing such large blocks of data? My short list has gotten shorter as my research team looked more closely into this question. Finally, after months of searching and discarding the ones that didn’t fit the bill, we came up with one company worthy of my own investing capital: HIVE Blockchain Technologies (TSX-V:HIVE, OTC:HVBTF). This is the single firm that is truly powering the future of blockchain computing, with ultra-modern mining facilities and a team that really understands the blockchain.

Delving into the details of HIVE, it’s evident that the firm has many competitive advantages. To begin with, HIVE has an exclusive partnership with Genesis Mining, the world’s leading cryptocurrency mining hashpower provider. The ability to leverage Genesis Mining’s expertise, IP and procurement power enable HIVE to maintain and manage existing mining facilities and to optimize development of new facilities.

Another thing I look for in any company is first-mover status in its niche, and HIVE can absolutely claim this. HIVE is on record as the very first publicly listed blockchain infrastructure company that bridges blockchain and cryptocurrencies to traditional capital markets. Since its initial listing, HIVE’s coin inventory value has increased by an industry-leading 130%.