Is Gold About to Soar?

What we are all witnessing is truly, a once in a lifetime moment.

A major part of world monetary history is going down right now.

It’s the end of the current dollar based system, which is now dealing with a two front war.

No longer is it just China and Russia paving the way for a post-dollar world; but now with Bitcoin, even other central banks are starting to look into how best to position themselves for a world after the dollar’s demise.

Sweden’s central bank, which has been printing money out of thin air in order to buy things like U.S. equities, is now taking a serious look at the technology behind bitcoin.

One of the biggest trades that will unfold as the world de-dollarization accelerates, is the ending of commodity manipulation.

With governments around the world and free market forces both pushing the dollar out, the control that the U.S. government and its banking allies have to manipulate and control prices, will soon come to an end.

What’s taking place in regards to the cryptocurrencies and the move away from the U.S. dollar by major countries like China and Russia, cannot be understated.

In a recent interview with SGTReport.com and Keith Neumeyer, Chairman of First Mining Finance (TSX: FF & US: FFMGF), noted the following:

I think as the world develops and gets off oil, I think that’s going to help facilitate a break from the petrodollar system… and everything that’s going on in the world is very supportive of much, much higher gold prices.

It’s not going to happen overnight… but over several years. I think we’re going to see better pricing mechanisms come in to the commodity sector and the miners get a better price for what they actually produce.”

Keith, who is known for impeccable timing in his career, has recently been making big advancements with his new gold company, which launched in 2015 at the exact bottom for precious metals and mining shares.

Last week’s news confirmed that Springpole’s Net Present value by itself is more than double the current market cap of the entire company! 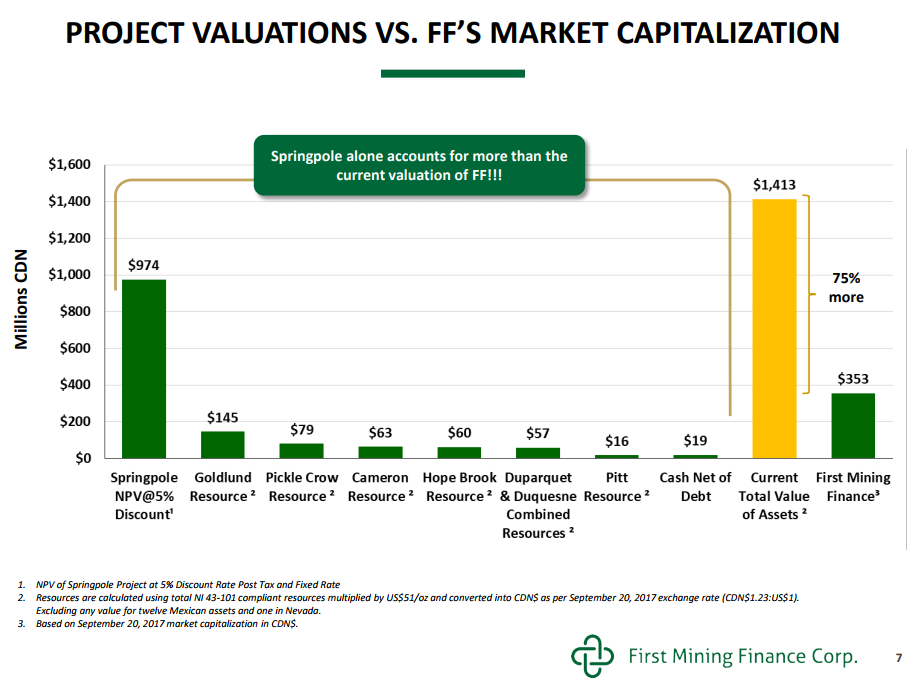 This is a core stock suggestion for our portfolio.

In my opinion, this is a stock that should be regularly accumulated at these levels.

Analysts who have put detailed priced targets on the company are double where it trades today!

To listen to Keith Neumeyer’s recent interviews, see the links below.