In the midst of a potential World War 3 erupting in Asia or the Middle East, here are some key dates that are going to greatly affect the markets this year:

If the GOP fails to extend the debt ceiling and fund the government, everything is off the table, including every campaign promise and Wall Street expectation.  Prior to 2008, raising the debt ceiling was a mundane task. Today, it’s facing a completely broken down system and could turn into a real crisis in a matter of weeks!

Le Pen, if she advances in France this Sunday and potentially goes on to win the May, it will be the end of the Euro.  Gold would go absolutely parabolic and the U.S. dollar would also see a tremendous rally.

Make no doubt, Le Pen is BREXIT on steroids, and this would truly be the breakup of the European Union.

Our friend Marin Katusa is recommending physical gold for insurance, and we couldn’t agree more.  With everything unfolding in 2017, buying gold today is like being able to buy fire insurance after the house has already reached 1,100 degrees Fahrenheit.

Mr. Katusa, who is a New York Times Best-Selling Author and top-performing fund manager, recently spoke to us about the current geopolitical events facing the United States, Russia, and China.

Marin’s New York Times Best Seller was based on President Putin, so he is one of the world’s few notable experts on the man.  We also discussed gold, silver, cobalt, oil, zinc, uranium, lithium, and the U.S. dollar.

He’s extremely bullish on gold and gold stocks right now, but I think you’ll be surprised about what he says about the U.S. dollar…

This is a must-listen-to interview for everyone reading our letter.

Marin is a true wealth builder and one of the most disciplined stock pickers I’ve ever met. 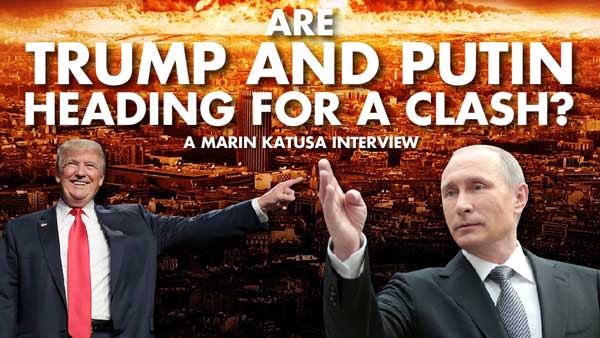