Become a Millionaire in Less Than 5 Years

Become Financially Independent in Under 5 Years!

Condense the 30-year plan into 5. I guarantee you it can be done.

My wife and I did it, and so can you. 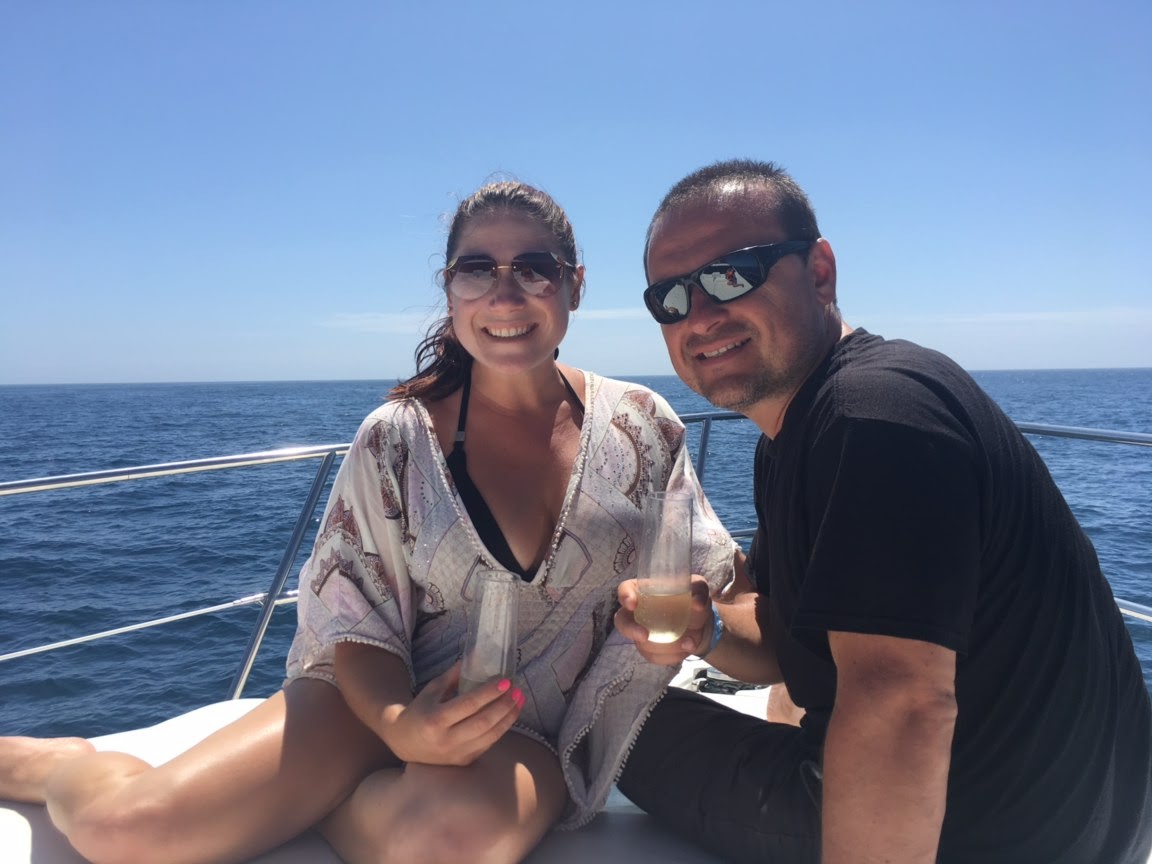 At the time, I was building my hobby business on YouTube, she was a 3rdgrade school teacher, and we wanted to be rich.

Being rich to us meant options, pure and simple. I’ve never had the desire for cars, boats, or jewelry. Deep down in my core, I just wanted to be left alone by the government and have the ability to wake up each day and do whatever I wanted.

I despise alarm clocks, commutes, and being told what to do, and I used this motivation to claw my way to financial independence.

My dad made $15 an hour when I was a young child, worked 12 hours a day, and worked half day on Saturday. He loved his children, and I am so glad he taught me to never quit. It was this mentality that helped me get where I am today, and it is certainly a tribute to my late father that I didn’t waste his sacrifice. I took the life he gave me and advanced forward.

After blowing up my net worth in 2008 by being greedy, my wife and I found ourselves in the office of a bankruptcy attorney (we never ended up filing). Here, we were one of the most financially responsible couples, and due to my overly aggressive investing, we were hit with a string of losses during the mortgage crisis.

The worst part is I predicted it all: the collapse of the Dow, the housing market. Not many had it so right, and I actually lost big because I thought I could slip in and out with 7 more flips in the Southern California market in early 2007.

Here I was on YouTube, warning anyone that would listen to sell all real estate due to a coming crash, and I was working as many deals as I could take on to make one last big score before it all imploded.

The bull market that started when I bought my first house at age 18 had made me overly confident, and it caused me to confuse a real estate housing bubble with brains.

In the aftermath, I had a hobby business, a wife who was a teacher, and a newborn baby boy.

Still having the desire to be financially free, my wife and I took drastic measures in late 2008.

1. We moved and slashed expenses by 70%! First by moving into a friend’s foreclosure and squatting in it. Well, we gave him $3,000 for the year, but we really both knew that he wasn’t paying the mortgage and one day we would get a knock on the door from the bank. Nonetheless, we saved money.

The kicker is that when the bank finally did come, they offered us $1,200 to leave in 30 days (cash for keys), to which I responded how about $3,500 and we will be out in 2 weeks. The bank agreed and we were off to find a rental property – not in a neighborhood we could afford, though.

Instead of renting, or even buying where we could have, we kept expenses low, living in the boonies. No joke, we went all-in, buying chickens, and even a goat.

The goat we had to get rid of after a few weeks, as she was extremely aggressive towards the dogs, although I have to admit that she made throwing large boxes away very convenient since I just threw boxes in the backyard and they would just disappear the next day.

I think when she jumped on top of our 2006 Tacoma was when my wife was all done with the goat. Goats are just crazy, and it was a baaaahd idea.

2. We became relentless savers in all matters.

We saved from grocery shopping at Mexican grocery stores, where costs were much lower, to staying home and renting movies at Hollywood Video instead of going to the theater.

For our younger audience, Hollywood Video was where you went to rent a movie before Netflix, Amazon, DirecTV on-demand, and Redbox.

Those were the good old days, when I binge watched Jack Bauer on 24 in about 3 weekends, constantly having to drive 10 minutes to pick up the next disc.

Save, save, save… My wife made a very big sacrifice in those days, selling her wedding ring in order to pay off the cars, and she purchased a fake diamond ring to which she actually wore until about a year ago when I bought her a new ring for our 10-year anniversary.

She also made things last, like her purse. She had the same one for 5 full years while we were working our way to financial independence.

I used to joke that the only thing we fought about when it came to money was whether we would buy more rental property or dividend-paying stocks.

I know it’s crazy, right, but it’s true. And even to this day, we barely got a business credit card for points just months ago.

Finance nothing! Auto loans are totally unacceptable if you really want to be rich in less than 7 years.

With credit cards, there is no reason to ever carry credit card debt unless you’re using it to acquire more income or a short-term investment that you intend to flip out of and eliminate the debt and make a profit.

Points from cards are okay, but only if you can pay the balance in full every month.

We did get a mortgage for about 2 years, but we bought a home that was equal to our annual income, which allowed us to aggressively pay it off, to which we’ve been mortgage free since 2011. In fact, when we moved in 2014, at the time, we purchased a home that was 50% of our annual income. Looking back, keeping where we lived under control when it comes to monthly obligation may have been one of the biggest contributors to accelerating the growth of our wealth.

Not having the mortgage doesn’t make sense on paper when rates are 3.5%, however, the peace of mind is valuable and allows you to make better decisions when the “worst case” scenario of ever losing your home is completely off the table.

Getting rich can be done.

Make the decision, slash expenses, invest for cash flow, and with about 10% of your wealth, speculate in the micro-cap market. In 5 to 7 years, you’ll be financially free.

With this objective and commitment, the worst case scenario is you’ll be financially free in 10 years. In the best case, it could take you a lot less, and you could do it in under 5 years!

My wife I and missed a few vacations, nice dinners, and the financed luxury cars in our 20s. The payoff is that today, we travel when and where we want, we both drive our favorite SUV (Escalade), and we are able to have long days with our kids without the feeling of financial uncertainty. 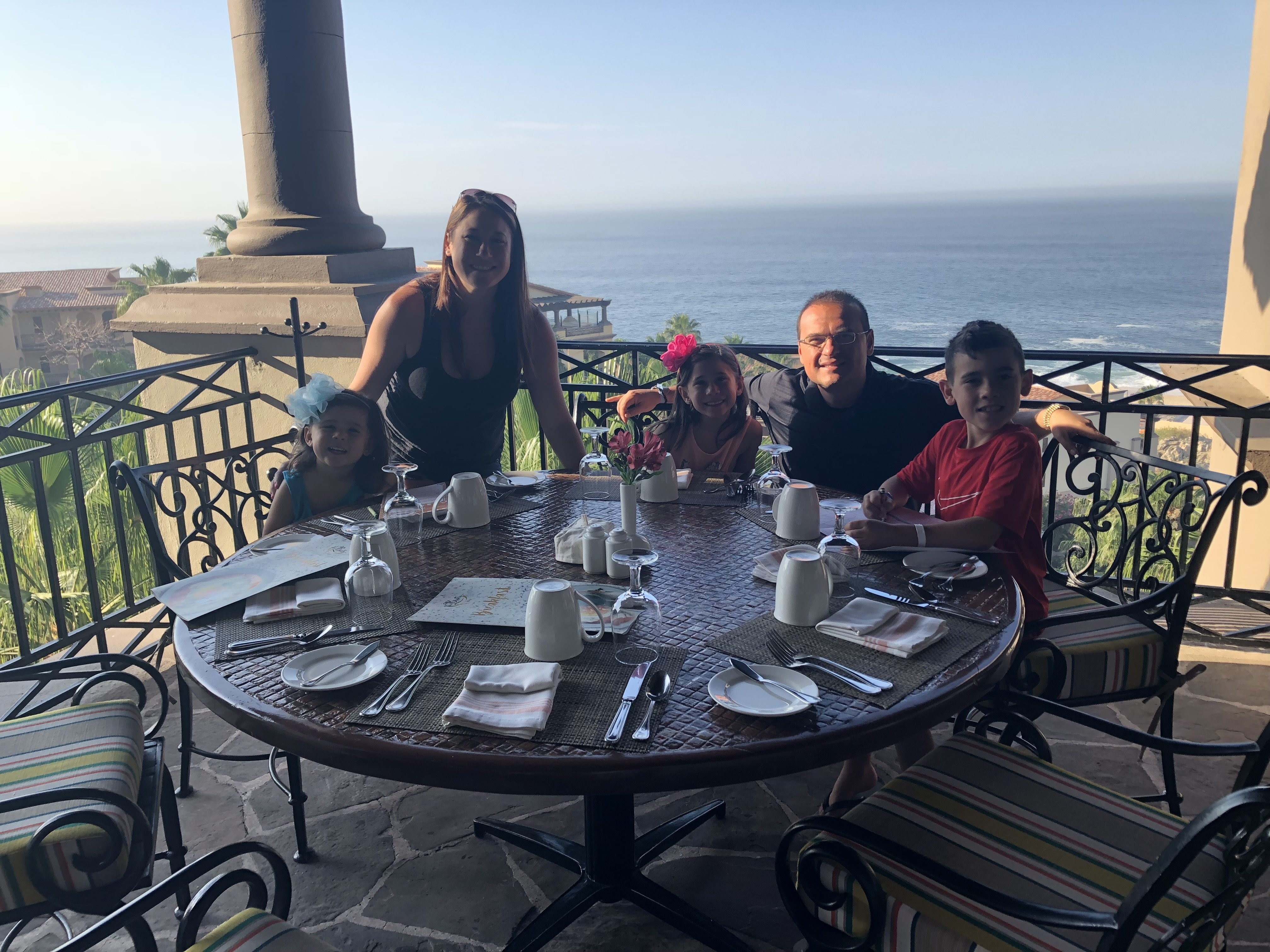 But the key thing for everyone to know is it didn’t happen overnight, and it wasn’t without sacrifice.

However, looking back, it was totally worth it. Instead of adopting the 30-year plan, we sucked it up and made a 5-year plan. And anyone can do this, especially a Future Money Trends member, who I want to help in any way I can. From an email question to a scheduled phone call, I want you to know I am more passionate about helping you than ever!