Mr. Silver: Bullish as Ever on Precious Metals!

He’s known and respected worldwide as the foremost expert in silver and other precious metals. When he makes a bullish call, people listen and profit handsomely. Keith Neumeyer and his vast experience and insight into the precious metals markets have influenced countless investors to build their own wealth and to diversify their portfolios beyond the traditional “wisdom” we hear from most money managers.

Keith’s track record as an entrepreneur and investor is unmatched. Keith has worked in the investment community for a very long time – since 1984, in fact. Keith began his career at a number of Canadian national brokerage firms, and then moved on to work with several publicly traded companies in the resource and high technology sectors.

He has taken on a variety of roles, including senior management positions and directorships responsible in areas of finance, business development, strategic planning, and corporate restructuring.

A true visionary and builder of great companies, Mr. Neumeyer has founded a number of world-class mining firms, one of which is First Quantum Minerals Ltd., which has evolved into one of the world’s largest copper producers.

First Majestic Silver Corp., his 2nd venture, is one of the largest silver producers in the world.

With all of these achievements, Keith has acquired extensive experience dealing with the financial, regulatory, legal and accounting issues that are relevant in the investment community.

It should come as no surprise to anyone, therefore, that Mr. Neumeyer won the E&Y Entrepreneur of the Year Award in 2011 for the Metals & Mining category.

Not many entrepreneurs can say that they have created multiple billion-dollar firms, but that’s exactly what Keith Neumeyer has done and is continuing to do. Keith is known the world over as the founder of Vancouver-based precious metals giant First Majestic Silver Corp. (TSX: FR, NYSE: AG), a top-tier mineral property holding company focused on the Americas and especially Mexico.

Keith is a huge part of First Majestic’s rapid evolution into a world-class silver producer. Future Money Trends has looking to Keith Neumeyer as a true leader in the precious metals markets, and he never disappoints. It’s amazing to consider how every venture he touches turns to gold. The market cap for First Majestic Silver stock is currently well over a billion, and the stock shares are heavily traded with daily volume in the millions.

Keith Neumeyer’s vision for First Majestic has enriched investors by making the firm the perfect pure play in the silver market, with approximately 58% of revenues deriving from silver. Concentrating on Mexico, the world’s largest silver producing country, is also a brilliant move. With seven producing silver mines, 100% owned by the company, and two advanced-stage silver projects, First Majestic Silver Corp. is destined to become the world’s largest primary silver producer.

As if all of that weren’t enough, Keith Neumeyer also founded First Mining Gold (TSX:FF, OTC:FFMGF) in 2015. Based in Vancouver, First Mining Gold is an emerging development company with a diversified portfolio of gold projects in North America. This firm has created great wealth for investors by exploring mining-friendly jurisdictions of eastern Canada; the company’s flagship asset is the Springpole Gold Project, one of the largest undeveloped gold projects in Canada. 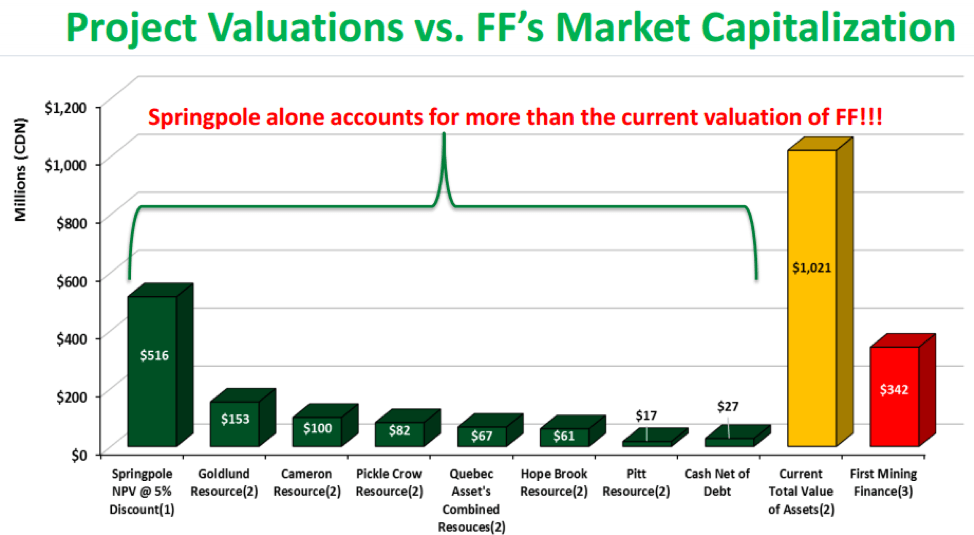 What Mr. Neumeyer has accomplished already with First Mining Gold is quite impressive. The Springpole Gold Project alone is the largest undeveloped gold project in Ontario, the seventh largest in Canada, and the eighteenth largest in North America. Keith’s vast experience in the precious metals space, along with his talent as a team builder, has enabled him to truly excel in the gold market with First Mining Gold.

Values-based and experienced management, a strong technical team, and a community-minded focus are foundational to the continued success of Mr. Neumeyer’s company.

Seasoned precious metals and mining industry investors know that it’s a highly competitive market with roadblocks for lesser companies in the space; however, Keith Neumeyer understands the challenges and has surmounted them all. In his own words: “A perfect storm has occurred, creating ridiculous valuations that prevented many juniors from financing and continuing on their own.

The companies that we ended up merging with chose First Mining due to our team and our focus to develop First Mining into a much larger company. We are now fortunate to own likely the largest portfolio of gold development projects in the world and it’s our commitment at First Mining to continue to develop each of our Canadian projects into operating mines in the coming years.”

Mr. Neumeyer’s deep insights into the precious metals and mining markets have continued to inspire Future Money Trends, and we look to him as a voice of reason in the industry.

With spot silver finding resistance at the $20 level since 2016, some experts would be cautious but Keith’s vision is forward-looking. With a very old bull market in the Dow Jones and the question of a correction being a “when” rather than an “if,” Keith Neumeyer sees precious metals as mining companies as poised for a big rebound in price. Keith has expressed the belief that silver could reach the $130 level, which would naturally bolster precious metals and miners across the board.

Future Money Trends will continue to monitor Keith Neumeyer’s latest moves and predictions, and we expect more great things to come from the market guru we know as Mr. Silver.

Never base any decision off of our advertorials. Future Money Trends stock profiles are intended to be stock ideas, NOT recommendations. The ideas we present are high risk and you can lose your entire investment, we are not stock pickers, market timers, investment advisers, and you should not base any investment decision off our website, emails, videos, or anything we publish.  Please do your own research before investing. It is crucial that you at least look at current SEC filings and read the latest press releases. Information contained in this profile was extracted from current documents filed with the SEC, the company web site and other publicly available sources deemed reliable. Never base any investment decision from information contained in our website or emails or any or our publications. Our report is not intended to be, nor should it be construed as an offer to buy or sell, or a solicitation of an offer to buy or sell securities, or as a recommendation to purchase anything. This publication may provide the addresses or contain hyperlinks to websites; we disclaim any responsibility for the content of any such other websites. We have been compensated by First Mining Gold, five hundred thousand options for a one year agreement. We have previously been compensated six hundred thousand options for past years agreements, none of our options have been exercised. In addition to options we are currently managing a marketing budget of two hundred and fifty thousand dollars, paid for directly by the company. We are currently in a one year agreement with First Majestic Silver, we have been compensated with twenty five thousand options, and thirty thousand dollars. For prior expired agreements we received an additional fifty thousand options, none of which have been exercised. Please use our site as a place to get ideas. Enjoy our videos and news analysis, but never make an investment decision off of anything we say.