THE NEXT AMAZON: Stock Alert for the New Economy!

Everybody is constantly looking for the next Amazon, the next 1,000+%, a game-changer. We see them from time to time: Apple, Microsoft and Netflix – Big movers that people wish they had gotten into during the early stages.

Hindsight is always 20/20 and it’s easy to see the reasons for the moves after the fact, but that’s not going to help you now; the idea is to get in before the masses pile into a trade.

You may have noticed that when there’s a new economy, a superstar company jumps ahead and makes early investors wealthy. For instance, way back when the Internet first become popular in homes and businesses, Microsoft established itself as a leader in this new technology-based economy and MSFT shares enjoyed a wild ride to the top. Anyone who has held these stock shares since the IPO has done quite well for themselves, to say the least.

But that was a long time ago and the economy has changed: it’s not a new or fresh idea to invest in Microsoft or Apple anymore. Future Money Trends specializes at uncovering the key trends in the economy, the ones that make markets and build industries. Your ticket to wealth is to avail yourself of the latest research and catch the new trends early on, so that you can capitalize on them in a big way.

What is the economy telling us right now? Future Money Trends has picked up on a recent trend that is sweeping the nation and the world: artificial intelligence, which is also commonly known as AI or machine learning. In this new economic paradigm, computers and robots can actually think for themselves; they can learn and don’t always have to be programmed by people. It sounds futuristic but this phenomenon is already a big part of our lives, whether we know it or not.

Artificial intelligence has a major presence in our smartphones, our cars, our televisions, and much more. Businesses use machine learning constantly, to the point where you can’t do business without it nowadays. As a result of this new AI-centered economy, businesses are being built and capital is pouring into the artificial intelligence market: 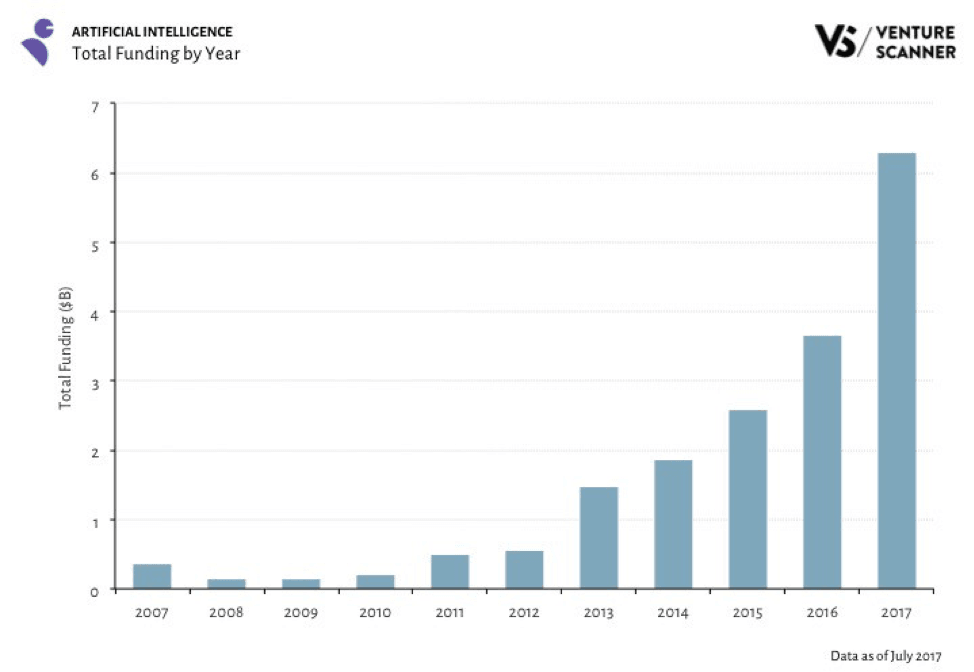 We can see how fast this industry is growing, with billions of dollars flowing into the market and of course investors are celebrating this new opportunity. Meanwhile, Future Money Trends has been conducting a deep search of the equities markets for a company and a stock that will make the biggest impact in the emerging AI economy – a firm that’s prepared to disrupt the industry and make investors wealthy in 2018.

I am glad to announce that we have found the perfect company to invest in the AI revolution: Globalive Technologies (TSX-V: LIVE, OTC: LVVEF). Solving real-world problems using 21st-century technology, Globalive takes the machine learning movement to a whole new level with leading-edge technologies across industries in markets around the world.

Future Money Trends chose Globalive because this firm excels at targeting sectors that are ripe for disruption, from health care to logistics, media and technology to manufacturing and financial services: 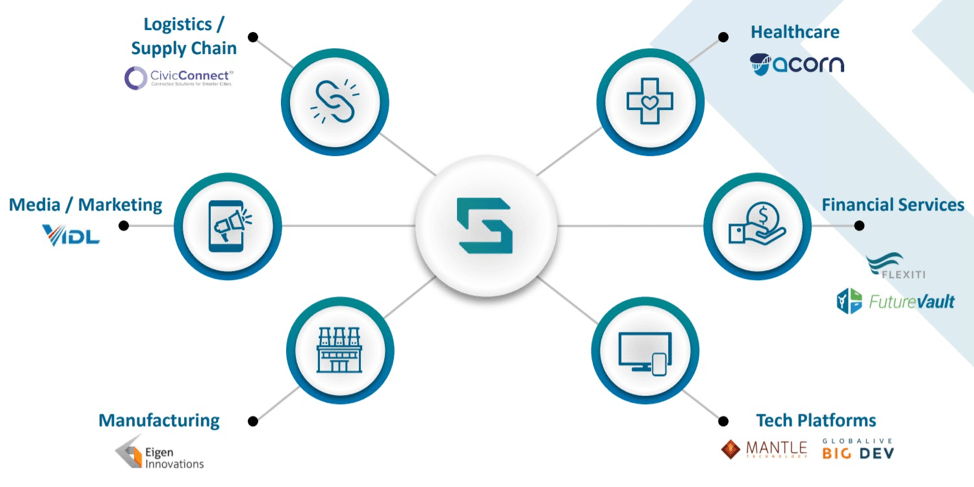 Globalive Technologies accomplishes this through a series of strategic partnerships, all designed to position Globalive as the undisputed leader in the AI space. Among these partnerships are Globalive’s joint venture with CoinSquare, a leading digital asset trading platform in Canada, and Globalive’s partnership with Flexiti Financial, a leading financial technology company.

Additionally, Globalive has a superior team lead by CEO and Founder Anthony Lacavera, who has 20+ years of disrupting the tech landscape. Having founded Canada’s fourth-largest wireless carrier, WIND Mobile, Anthony Lacavera has made over 100 venture and private-equity investments in the past 15 years, and he is leading Globalive Technologies along with the world’s foremost experts in AI, business and finance.

Legal Notice: The ideas, projections and views expressed are those of FutureMoneyTrends.com and are not ideas, views or recommendations of Globalive or any of its officers or directors. Any forward looking statements are based on our assumptions, projections, beliefs and expectations, however, there is no guarantee that these statements will prove to be correct and are subject to risks and uncertainties. This work refers to joint ventures or investments that Globalive is a party to. Some of the joint ventures may be subject to further negotiation or documentation. Never base any decision off of our emails.FutureMoneyTrends.com stock profiles are intended to be stock ideas, NOT recommendations. The ideas we present are high risk and you can lose your entire investment, we are not stock pickers, market timers, investment advisers, and you should not base any investment decision off our website, emails, videos, or anything we publish. Please do your own research before investing. It is crucial that you at least look at current public filings and read the latest press releases. Information contained in this profile was extracted from current documents filed with the public, the company web site and other publicly available sources deemed reliable. Never base any investment decision from information contained in our website or emails or any or our publications. Our report is not intended to be, nor should it be construed as an offer to buy or sell, or a solicitation of an offer to buy or sell securities, or as a recommendation to purchase anything. This publication may provide the addresses or contain hyperlinks to websites; we disclaim any responsibility for the content of any such other websites. We have entered into a three year agreement directly with the company. We plan to purchase shares on the open market as a long-term holding, we have also been compensated eight hundred thousand dollars, eight hundred thousand options, and been given one million nine hundred thousand RSUs. Please use our site as a place to get ideas. Enjoy our videos and news analysis, but never make an investment decision off of anything we say. Please read our full disclaimer at FutureMoneyTrends.com/disclaimer