After the release of the “In Gold we Trust” report, Incrementum Liechtenstein surpises gold bulls with a compendium of some of the most compelling charts in the form of a Chartbook. Some of the key takeaways of the Chartbook: 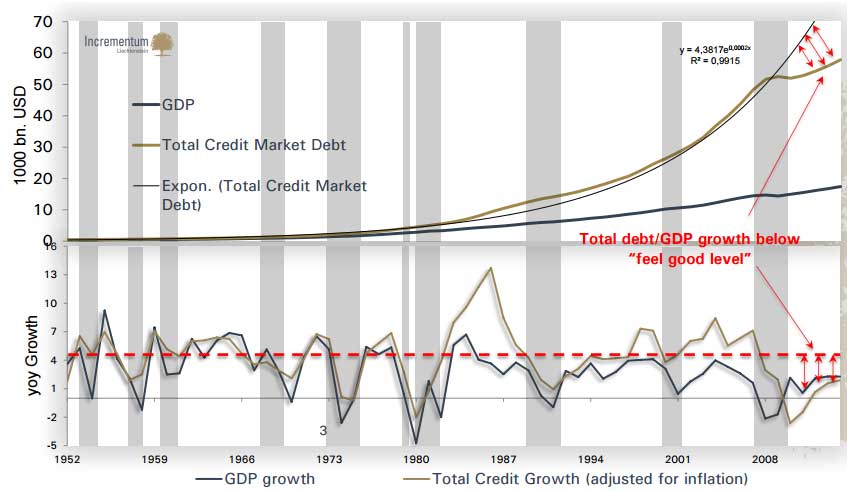 Must Read Chart #2: there is not enough nominal growth, which is why all central banks are aboard

The days of restrained monetary policy appear to be over. Several major central banks haveexpanded their balance sheets many times over since 2007. The ECB has pursued a comparativelyrestrictive monetary policy since 2008 –  however, with the implementation of “Euro QE”, things are changing radically. The FED moving back to “normality”* before the next crisis? No chance! 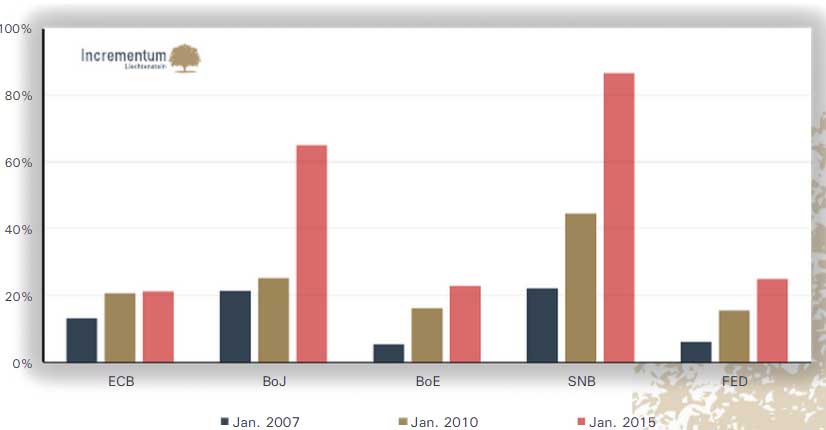 Must read chart #3: The USD is becoming cheaper in gold terms

Given its high stock-to-flow ratio, gold is far more stable than paper currencies. Hence, let’s look at the dollar from a stable point of view: one US dollar costs 27 milligrams of gold! 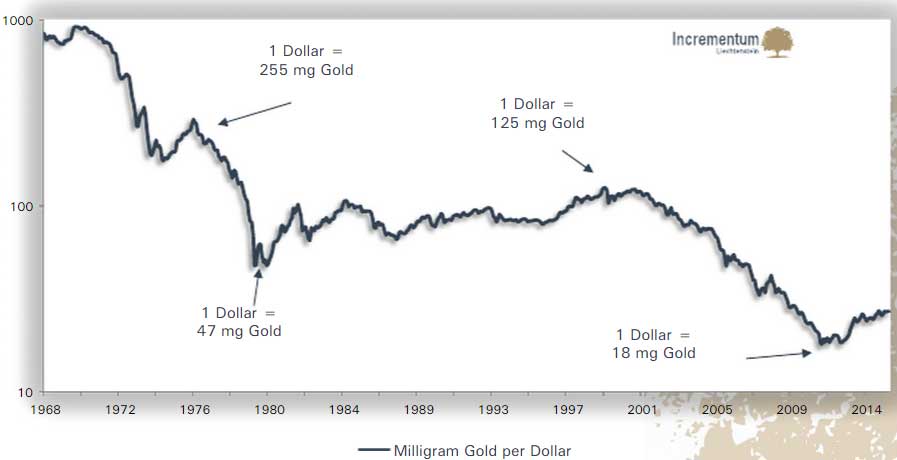 Must read chart #4:  Gold Equities? The Most Contrarian Investment 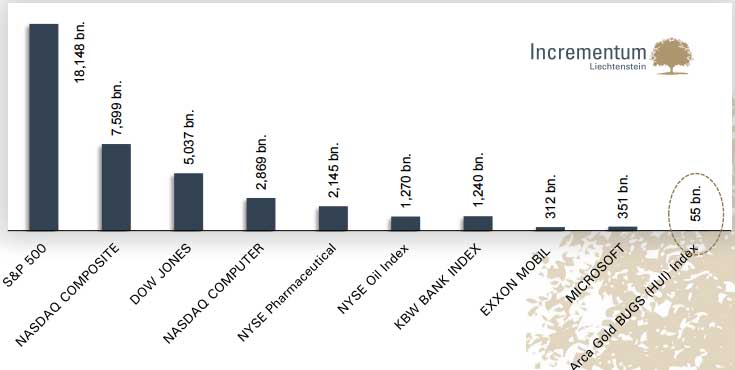 Must Read Chart #5: Gold Miners Are Dirt Cheap Not Only Compared To Other Sectors; Relative To Gold They Are At The Lowest Level Since 1942!

The Barron’s Gold Mining Index (BGMI) is the oldest available gold index. It recently reached its lowest level relative to gold in more than 70 years. The current ratio of 0.4 is significantly below the long-term mean of 1.56. This is a clear indication of just how undervalued gold stocks have become! 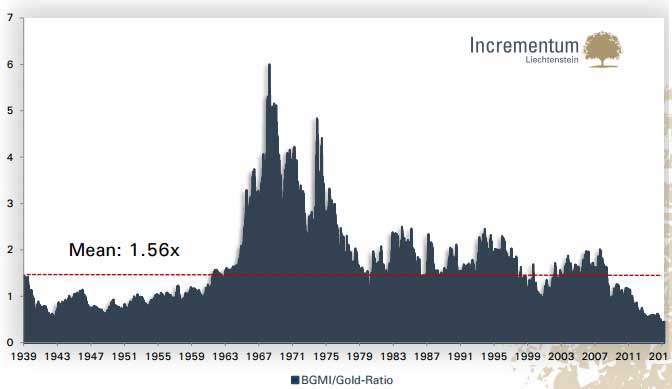