Gold bulls will like the fact that the long term gold chart is flashing a “buy” signal based on the technical indicator “MACD.” 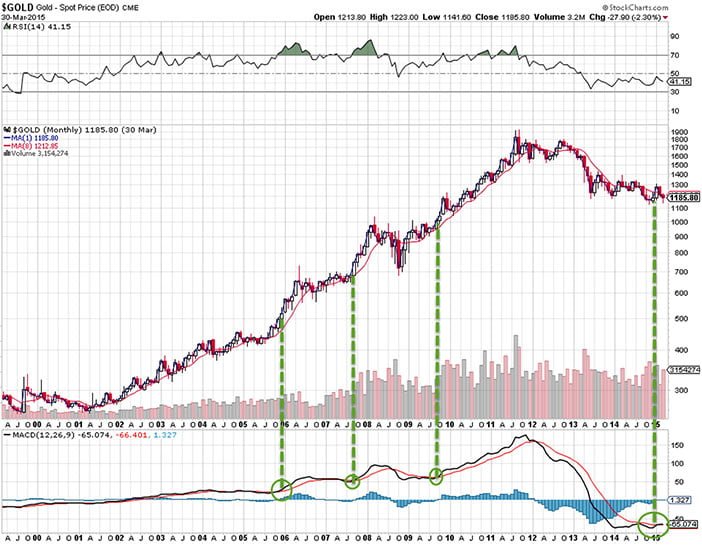 The MACD is a technical signal which measures momentum. The chart above shows the MACD in the lower pane. The signal is in particular useful when combined with a signal line crossover, which means that the MACD line (black) crosses the signal line (red). That is a sign of upside momentum. A bullish crossover occurs when the MACD turns up and crosses above the signal line.

Our annotations on the chart (in green) show the different bullish MACD signals in the last decade. Each one marked the start of a substantial rally. The opposite is true as well: the bearish MACD signal, for instance the one of January 2012 (not annotated on the chart), came right before a significant price decline, followed by the crash of April and June of 2013.

So far, we have had 3 similar bullish signals in the last 10 years, and the current one is the fourth one. Whether this means that gold is up and away, as of the coming days/weeks, is very doubtful given the sharp correction of the last 3+ years. Also, it is a long term signal as it occurs on the monthly chart, so it could well be that the gold price will continue a sideways or even bearish path in the coming weeks and months before starting a meaningful rally.

An important note for investors and gold bulls: this signal can also be invalidated in the coming period. If the price starts falling, we will see a bearish crossover again. So be sure you stay very alert, and also check the weekly and daily charts to get faster a confirmation/divergence.

Markets are not driven by one technical indicator alone. Although one indicator can provide a reliable signal, it surely should be combined with other indicators (although not too many).

From a seasonal point of view, it is doubtful, if history is any guide, that we will have a substantial rally in the coming weeks/months. As it often goes, the summer could bring the traditional summer rally. 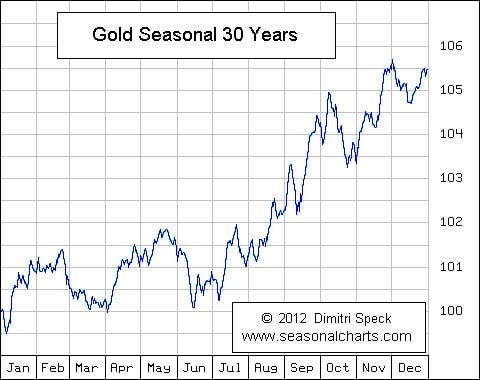