The first chart, courtesy of Sharelynx, shows the evolution of the Russian gold reserves over the last two decades. Three observations stand out of the chart. First, there is a permanent increase in Russian gold reserves. Second, the reserves are accelerating. Third, the latter part of the chart shows the monthly change; September 2014 attributed to the biggest month-on-month increase ever. 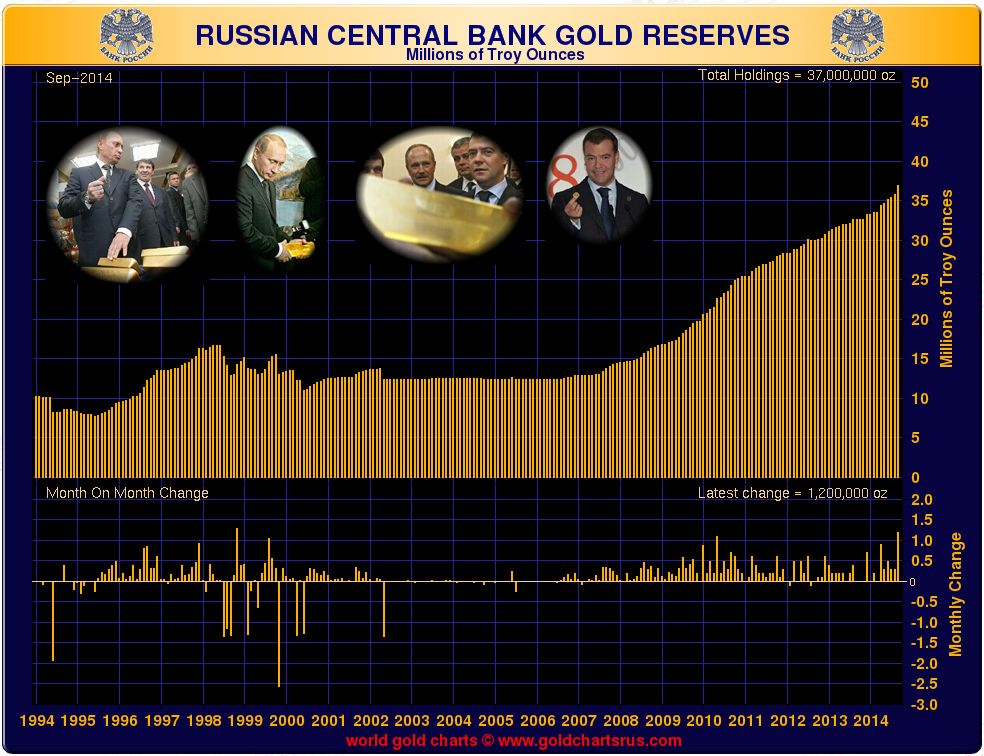 Mind that Russia is not an isolated case. As readers will know by now, the situation in China is similar, with an even faster acceleration in gold accumulation since last year.

The Western central banks are also accumulating an impressive amount of “money”; it’s just not physical “money” but “paper money.” Obviously, we are referring to debt. As the following chart shows, the debt situation seems out of control when looking at the central bank balance sheet of the U.S. Fed since 1971. The U.S. official national debt is nearly $18,000,000,000,000.

As Gary Christenson, author of the book “Gold Value and Gold Prices From 1971 – 2021” writes, governments respond to problems with more spending (stimulus), central banks support the bond and stock markets (QE), and we pretend debt and deficit spending can increase forever (delusional). 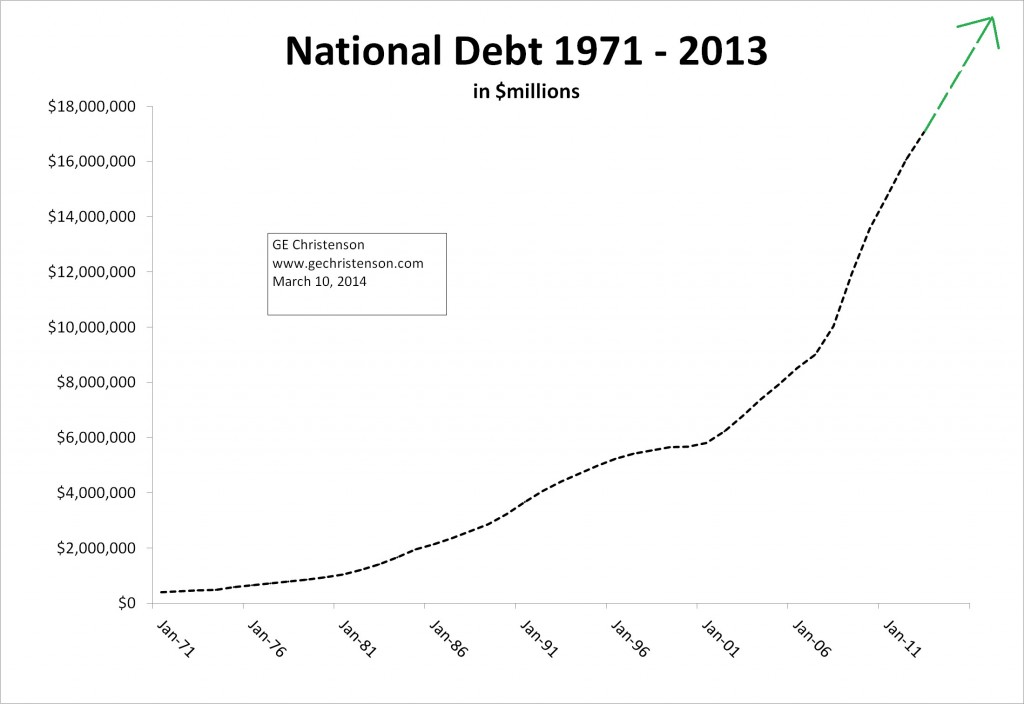 The above facts reflect two important trends. The first one is related to the historic dynamic which is that gold is following wealth. Although countries like China and Russia are struggling to achieve economic growth, the West is struggling much more. Wealth is mostly accumulated by the happy 0.1% of the population in the West. On the other hand, the East is seeing an increase in their standard of living on a large scale, with an increase in the purchasing power of the masses. The second trend is the loss of value of major currencies, or, in other words, the net effect of global currency wars. It is no coincidence that the petrodollar reserve system is losing ground. Although the U.S. Dollar is the best of all bad currencies, it is trending down on the long run. The fact that the Western currencies are not backed by anything tangible, while the East is hoarding massive amounts of gold, could prove to become the Achilles heel of the West, in particular the U.S. That is we believe that individuals who are owning physical metal, are in fact storing purchasing power on the long run.