Read This for Superior Returns

The Only Stock We Own in the Sector

Yesterday, we suggested taking a position in a pure lithium play.

Here is why we believe it’s the only one we want to own.

Under a Chilean law that was created in 1979, lithium can only be produced by the government, a Chilean state-owned company, or special operation contracts.

It’s why most lithium plays in Chile are nothing more than overly-promoted pipe dreams.

In fact, if you own one with assets in Chile and it’s not WML, I suggest you contact your financial advisor asap because the odds are it’s going nowhere and you could lose all of your money.

In that same call to your broker, tell them about WML, who just announced a strategic alliance to develop and commercialize their Chilean projects with the National Mining Company of Chile.

With a 10% stake in WML, the state is now part owner and an official partner of Wealth Minerals, which is why I think we should also take a position and partner with them as well.

As of this moment, they are the only company in the world that has the license in place and the first go-ahead of the Chilean government to export lithium from the Atacama Salar, the world’s lowest-cost source of lithium.

In our opinion, if you’re the Chinese, a major auto manufacturer, or even one of the few lithium producers, WML is the most obvious takeover target on the planet.

What most investors are unaware of is that the lithium production happening in Chile today is actually done by companies that service the assets – they don’t actually own those resources. This is why they aren’t pure plays on lithium at all.

The world needs permissible, low-cost lithium production, and with this new state partner, WML is the one lithium stock we want to own.

The current annual demand for electric vehicles is less than 1 million.

By 2030, that number is projected to hit 24 million for annual sales! 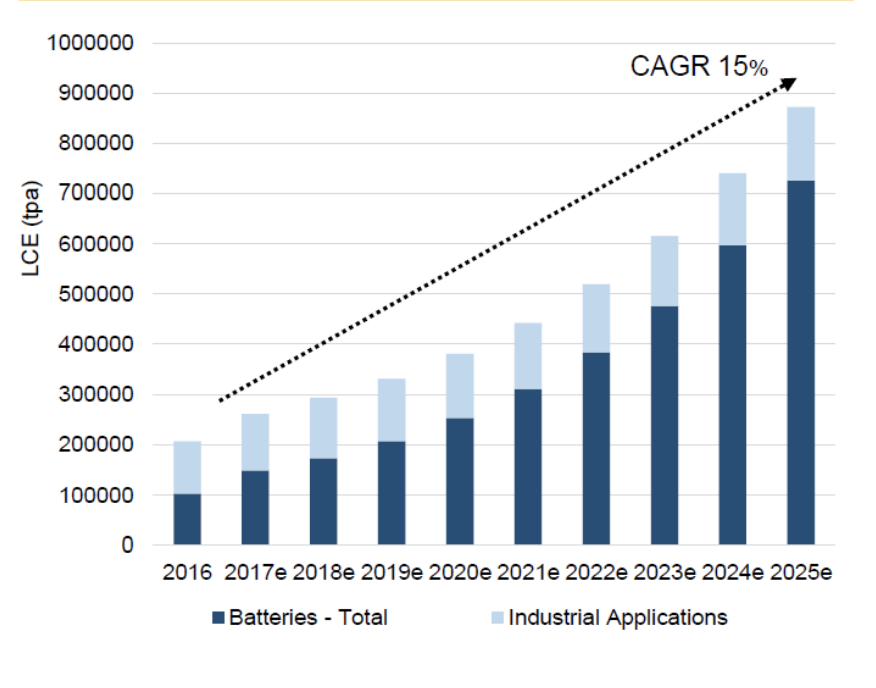 The Rockefellers, Vanderbilts, and Henry Ford made a fortune from the last energy-powered vehicle revolution.

It’s no surprise that lithium is the hottest sector in the world, along with cobalt, but we need to do this right by positioning ourselves in the right companies that are managed by the right people!

Lithium demand currently outstrips supply, and we have the biggest companies on the planet fighting over future supply.

Green energy is the trade of the decade, in our opinion.

Lithium, cobalt, and uranium are all important, and for lithium, our only stock suggestion for you is Wealth Minerals (WML).

Some of the biggest winners in the resource sector, like Corriente Resources, International Tower Hill, Trevali Mining, Balmoral Resources, and Cardero Resources all had one thing in common… A key player by the name of Henk Van Alphen, who is the founder and CEO of Wealth Minerals.

We are backing a real winner here.

Never base any decision off of our advertorials. Future Money Trends stock profiles are intended to be stock ideas, NOT recommendations.

The ideas we present are high risk and you can lose your entire investment, we are not stock pickers, market timers, investment advisers, and you should not base any investment decision off our website, emails, videos, or anything we publish.  Please do your own research before investing. It is crucial that you at least look at current public filings and read the latest press releases. Information contained in this profile was extracted from current documents filed with the public, the company web site and other publicly available sources deemed reliable. Never base any investment decision from information contained in our website or emails or any or our publications. Our report is not intended to be, nor should it be construed as an offer to buy or sell, or a solicitation of an offer to buy or sell securities, or as a recommendation to purchase anything. This publication may provide the addresses or contain hyperlinks to websites; we disclaim any responsibility for the content of any such other websites. We own shares of Wealth Minerals and will not sell any during active email coverage. Please use our site as a place to get ideas. Enjoy our videos and news analysis, but never make an investment decision off of anything we say. Please review our entire disclaimer at FutureMoneyTrends.com