The Rise of Cryptocurrency

In 2012, while sitting with Marin Katusa in Carlsbad, California discussing how to make sizable profits in the junior resource sector, another familiar face approached me – a gold bug I had met named Trace Mayer.

Trace was there to speak with Doug Casey about a new currency called Bitcoin.  When he mentioned Bitcoin, my video editor who was with me recording interviews immediately jumped into the conversation. He had been mining this new currency, as well as purchasing it.

This day was the first time I truly understood what Bitcoin was.  Here we were, living in a 500-year-old monetary system where the currency had no value, and here was this very smart investor I knew, making wild claims about cryptocurrency rising up to compete with the fiat system and eventually overtaking it.

One thing I struggled with is that Bitcoin had no founder and no representative to be its advocate. At least this is what I thought, until a few months later when I attended a Bitcoin conference in Las Vegas.

It was there that I believe the next Steve Jobs or Bill Gates was. The room was filled with nothing but passionate entrepreneurs, nerds, and libertarians.

I realized that not only was the cryptocurrency not going away, but it actually had some of the best advocates in the world representing and advancing it.

Today, there are literally hundreds of these currencies, with Bitcoin still having the largest market share. However, a few others, like Litecoin, Dash, and Ethereum have risen up to be very serious players in this currency market.

All of these cryptocurrencies are extremely speculative, but also revolutionary.  Though I don’t currently see them as a store of value or a long-term safe haven, they are a potential and likely game-changer for the future of all currencies.

Capital goes where capital is treated best, which is why cryptocurrencies and gold-backed private currencies will continue to become more accessible and usable.

Goldmoney and others now allow you to have a gold-backed debit card. OneGram, a new cryptocurrency, is using the blockchain technology to create a coin that is backed by one gram of gold.

Transacting in these currencies has dramatically improved as well. When I purchased Bitcoin 5 years ago, I had to meet someone at a local Starbucks with physical cash for the transfer. Today, you can easily buy it from places like Coinbase.

One observation I think everyone here needs to fully appreciate is that the young are embracing the cryptocurrencies.

Change and adoption by the elderly are not necessary. 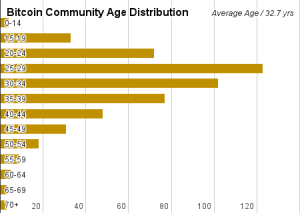 In the U.S., the adoption of many current users is a luxury. What most Americans fail to understand is that for people living in places like India and China, the adoption of cryptocurrency is by necessity!

My partner at the Crush The Street Letter, Kenneth Ameduri, has been covering the cryptocurrencies extensively for years. You can find over a hundred interviews and videos on the topic at CrushTheStreet.com.

For years, we have been looking for a publicly-traded cryptocurrency company to enter into. So far, nearly all that we’ve seen have been scams. However, we have reviewed a few blockchain-related companies that look very promising to us.

We hope to announce one of these this summer.