I can’t tell you when, but I can give you an educated estimate that over the next 1 to 3 years, something will happen in a tiny commodity market that is going to be unstoppable.

It’s not a bet, it’s simply a fact, so it’s a matter of us positioning ourselves and then waiting.

A rare, hard-to-find mineral is about to see a cliff dive in production.

Production declines WILL lead to higher prices, in our analysis.

The commodity I am talking about is gold, which is everyone’s favorite precious metal to love and hate.

What’s unique about gold’s situation is that in previous cases where a commodity has a supply disruption, the market corrects this by pushing prices up, which encourages new discovery and new production.

In gold’s case, the collapse in discovery is not due to lack of trying.

As you can see in the chart below, the past 10 years have seen more money spent on exploration than in previous decades combined. But that didn’t help… 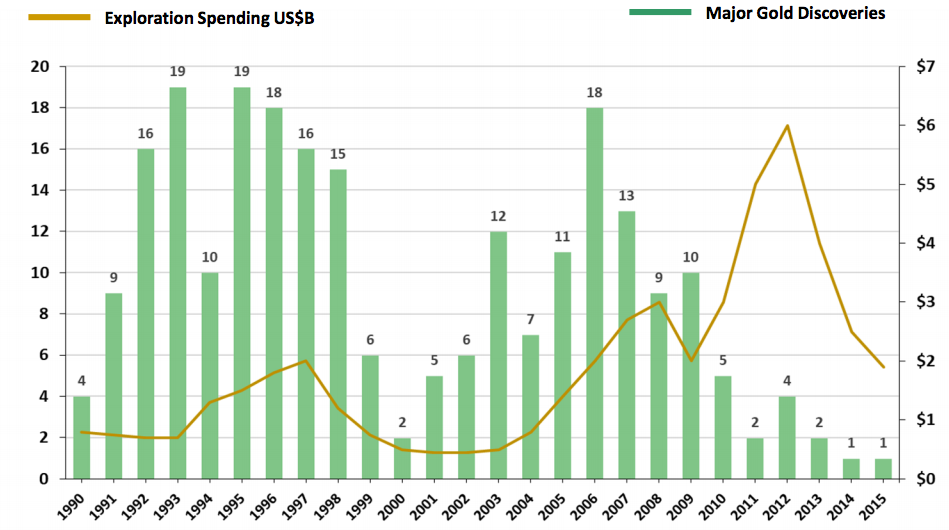 Many saw the plateau coming, and what is now unfolding is an actual decline in production.In addition to a drop in mine output and a shortfall of discoveries, we are also seeing falling ore grades.

This will ultimately lead to much higher gold prices, in our opinion.

***The world’s top 10 gold mining companies are all seeing a decline in production.

***Not a single large mine is being built right now – not one!

***Investors forget that all mines deplete.

Here is a chart of South African gold production. There is no magical recovery of a finite metal. Eventually, all mines (and even regions) run out! 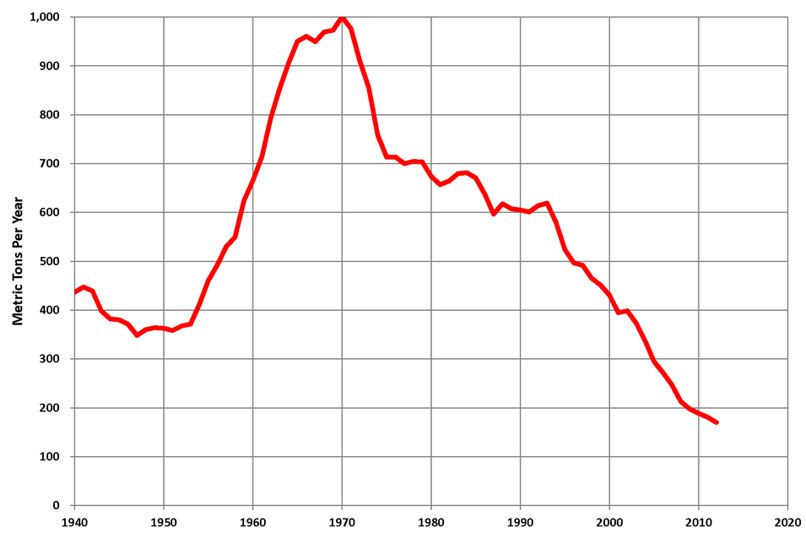 Now, consider this: think about all the world fiat currencies today, central banks, sovereign debt problems, and now cryptocurrencies that are looking to topple the status quo (FED money).It’s probably a safe assessment to predict that the demand for gold will rise in the coming years.

The question investors need to be asking themselves today, is where will the gold come from…and at what price.