Satoshi Should Sell Bitcoin and Buy This…

I’ve Sold Nearly All My Bitcoin, and Here is What I’m Buying Now!

The CFA Institute has officially embraced blockchain tech and cryptocurrencies.

The world as a whole has as well, and I believe buying the right blockchain stocks is like buying Dotcom shares in the early 1990s.

This is our moment to take strategic positions in the next potential Amazon or Google of the blockchain revolution.

It’s tough to invest in blockchain tech, per se, as most blockchain investments are impure and indirect.

For instance, investing in a particular token is an indirect path to blockchain exposure, as it would involve the ups and downs of the currency itself – hence the trope “Bitcoin does not equal blockchain.”

Quite frankly, it’s not easy to get direct, unique, unadulterated exposure to the blockchain as an investor.

Outside of owning the core cryptocurrencies, like Bitcoin, Litecoin, and Ethereum, there are two supportive businesses we want to own.

***The mining of cryptocurrencies

***The implementation of the blockchain worldwide

Mining crypo supports the ecosystem and is absolutely needed, so it’s safe to say it’s not going away. It literally can’t go away.

The second is the implementation of the blockchain and its use as an honest verification of transactions and accounting.

We’ve all heard from the crypto die hards that the blockchain is revolutionary and going to change the world. Okay, I agree, so where and how do I profit from this revolution?

Here are the only two recommendations we suggest:

1. HIVE Blockchain Technologies (TSX-V: HIVE, OTC: HVBTF). This is the single company that is truly powering the future of blockchain computing, with ultra-modern mining facilities and a team that really understands the blockchain.

Delving into the details of HIVE, it’s evident that the business has many competitive advantages. To begin with, HIVE has an exclusive partnership with Genesis Mining, the world’s leading cryptocurrency mining hash power provider.

Another thing I look for in any company is first-mover status in its niche, and HIVE can absolutely claim this. HIVE is on record as the very first publicly-listed blockchain infrastructure company that bridges blockchain tech and cryptocurrencies with traditional capital markets.

Since its initial listing, HIVE’s coin inventory value has increased by an industry-leading 130%.

Globalive is taking the A.I. and blockchain markets by storm. 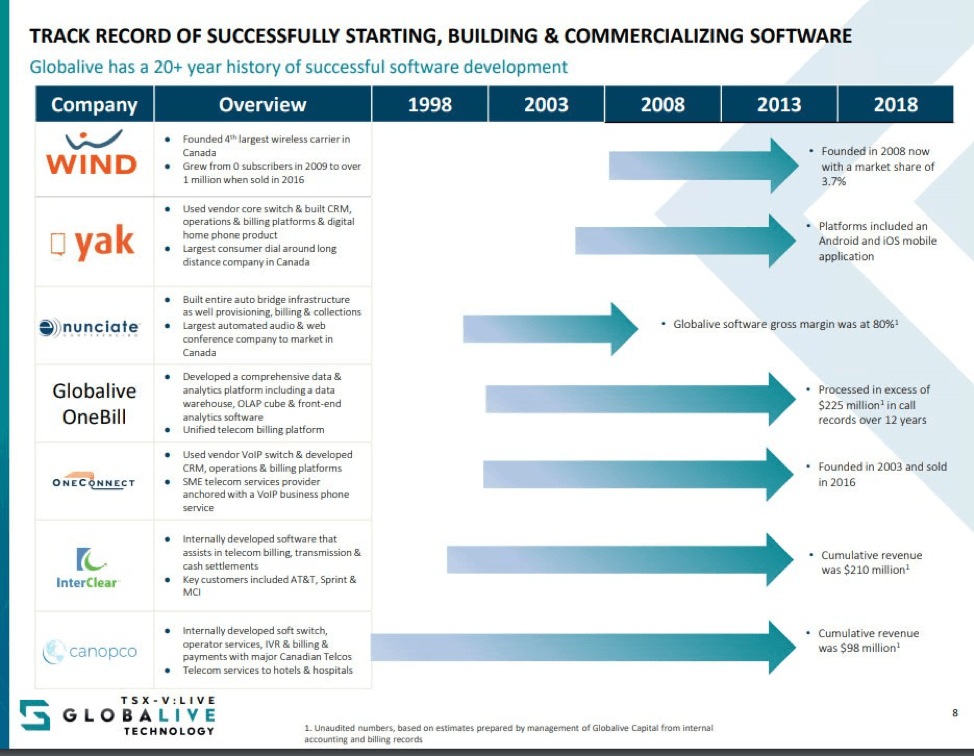 Globalive has a proposed joint venture with Coinsquare, a leading digital asset trading platform in Canada, for an exclusive United Kingdom licensing agreement.

This allows merchants to create value-added transactions at the point of sale and reduce bad debt by predicting loan outcomes using machine learning. In addition to this, the blockchain software will be built to help the loan funding infrastructure.

Here is what Peter Kalen, Flexiti founder and CEO, had to say upon this announcement… “We are thrilled to partner with Globalive Technology… Building and operationalizing industry-leading software will strengthen our competitive advantage and further differentiate us in the marketplace with AI-driven solutions that help our merchant partners drive more and larger sales.”

AI-blockchain and Anthony… If I could only purchase 1 stock for the next two years, this would honestly be it.

Never base any decision off of our advertorials. Future Money Trends stock profiles are intended to be stock ideas, NOT recommendations. The ideas we present are high risk and you can lose your entire investment, we are not stock pickers, market timers, investment advisers, and you should not base any investment decision off our website, emails, videos, or anything we publish.  Please do your own research before investing. It is crucial that you at least look at current SEC filings and read the latest press releases. Information contained in this profile was extracted from current documents filed with the SEC, the company web site and other publicly available sources deemed reliable. Never base any investment decision from information contained in our website or emails or any or our publications. Our report is not intended to be, nor should it be construed as an offer to buy or sell, or a solicitation of an offer to buy or sell securities, or as a recommendation to purchase anything. This publication may provide the addresses or contain hyperlinks to websites; we disclaim any responsibility for the content of any such other websites. We are long HIVE Blockchain Technologies and have received one million three hundred thousand options directly from the company and have been one million  Canadian dollars for three years of digital marketing paid for directly by the company. We have also been compensated by Glovelive eight hundred thousand dollars, eight hundred thousand options, and been given one million nine hundred thousand RSUs. We own shares of both companies and will not sell during any active email campaigns. Please use our site as a place to get ideas. Enjoy our videos and news analysis, but never make an investment decision off of anything we say. Please review our entire disclaimer at FutureMoneyTrends.com