CASHING OUT on Winning Trades

Many of the big brick-and-mortar retail giants are going bust, but certainly not all of them. Some brands are flourishing by adapting to the online model and reinventing themselves in the Amazon Era.

The End of Retail sent most of the clothing stocks down hard, even though their businesses were intact.

I personally, along with this letter, have absolutely thrived on this sort of massive panic mentality by the investment community.

Today, let’s sell our clothing brand that didn’t go down with the retail ship, but instead rallied big for us!

On December 7th, 2017, I was certain that FOSSIL Group (FOSL) was cheap enough to go only in one direction: up. 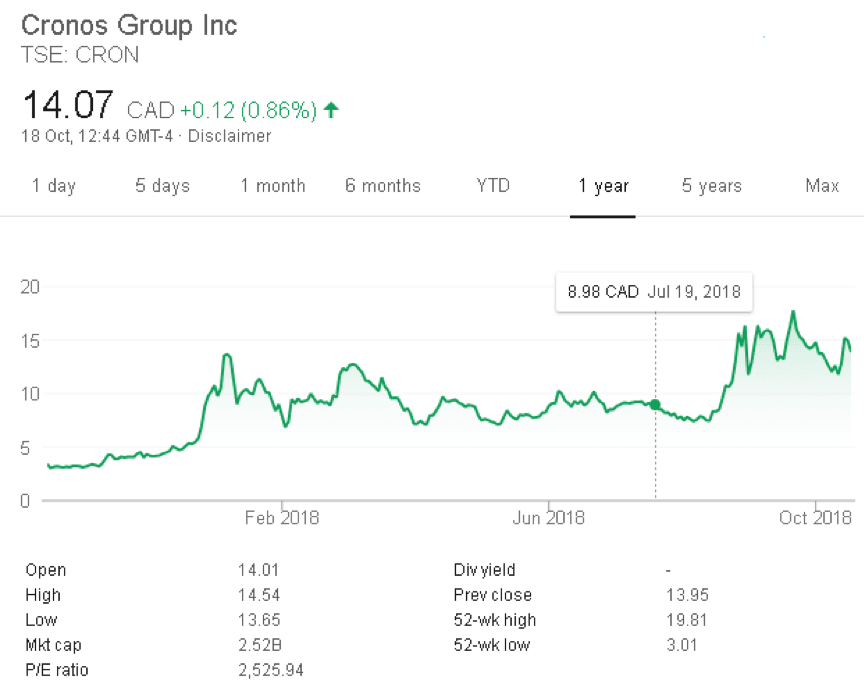 Secondly, let’s bank one of the best trades of the year: Cronos Group, our cannabis play of the end of 2017.

This is a perfectly-run company, so I have no doubt the future is bright, but when I see a move from CAD$4.62 to $14.12, the cash needs to come home to papa.

Cannabis has just been legalized in Canada, which is a good reason to be looking outside its borders for our next big winner. We want to focus on the frontier markets that no one is talking about.

Take a look at this beautiful chart; we’re taking profits: 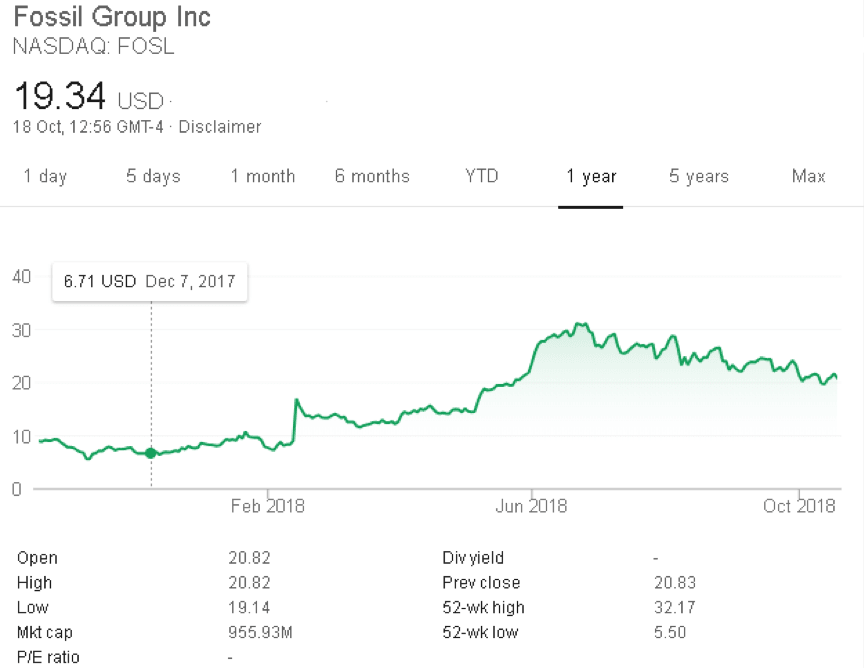 For several months, I’ve been diligently monitoring its progress, and it just secured a one-of-a-kind deal with a European government, so it’s an ideal time to be looking into it.

Expect a huge announcement from us tonight!

Never base any decision off of our emails. FutureMoneyTrends.com stock profiles are intended to be stock ideas, NOT advice. The ideas we present are high risk and you can lose your entire investment, we are not stock pickers, market timers, investment advisers, and you should not base any investment decision off our website, emails, videos, or anything we publish.  Please do your own research before investing. It is crucial that you at least look at current SEC filings and read the latest press releases. Information contained in this profile was extracted from current documents filed with the SEC, the company web site and other publicly available sources deemed reliable. Never base any investment decision from information contained in our website or emails or any or our publications. Our report is not intended to be, nor should it be construed as an offer to buy or sell, or a solicitation of an offer to buy or sell securities, or as a recommendation to purchase anything.  This publication may provide the addresses or contain hyperlinks to websites; we disclaim any responsibility for the content of any such other websites.  Please use our site as a place to get ideas. Enjoy our videos and news analysis, but never make an investment decision off of anything we say. Please review our entire disclaimer at FutureMoneyTrends.com/disclaimer.