On February 11th, 1990 in Tokyo, a boxer by the name of Buster Douglas faced his greatest challenge, a single fight that is one of the most memorable wins in boxing history to this day.

Buster Douglas was going up against “Iron” Mike Tyson, the undefeated champion who was considered to be the best boxer in the world at the time.

Mike was the youngest boxer to win a heavyweight title. In fact, his first 19 professional fights were won by knockouts – 12 of them in the first round!

No one recovered from a Mike Tyson blow, and his prior fight only lasted 93 seconds. With Buster Douglas an extreme underdog, Vegas odds were 42-1.

Douglas fought Tyson longer than anyone, and in the 8th round, Tyson landed a massive blow, a right uppercut that knocked Douglas to the floor. The world thought it was over.

With 1 second remaining, Douglas rose up at the 9-second count.

Tyson smelled blood. During the 9th round, he went to finish him off with an aggressive attack. Douglas, however, was able to not only fend off a wave of punches from Tyson, but he was actually able to land a few himself, inuring the champion at the close of the round.

Tyson, the undefeated, unstoppable champion took a blow from Douglas in the 10th round that knocked him down for the first time in his career!

Fumbling to stand back up, the referee called the fight, making Buster Douglas the new champion.

Douglas’ mother, Lula Pearl, who had told the world that her son would beat Tyson, that he would be the one to win that fight, died just days before this epic battle between the two boxers.

A few weeks before her death, her friends told her, “Your son is getting ready to get murdered.” She was so startled by this that she actually went to see Douglas and assess the situation for herself. After speaking to him, she made it a point to tell everyone that her son was going to win.

In an interview two years ago, Douglas said that it was the thought of his own mother in the ring that helped him maintain his focus. The thought of her looking down on him and seeing him win made him an unstoppable force. 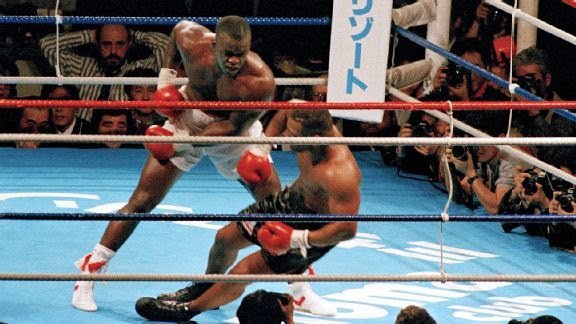 This became greater than anything else in his life. No excuse, not even physical punishment that no one else prior to him had been able to endure, was able to shut him down.

Whatever it is you’re facing or goal you are trying to achieve, why you’re doing it needs to become your focal point!

Never base any decision off of our emails. FutureMoneyTrends.com stock profiles are intended to be stock ideas, NOT recommendations. The ideas we present are high risk and you can lose your entire investment, we are not stock pickers, market timers, investment advisers, and you should not base any investment decision off our website, emails, videos, or anything we publish.  Please do your own research before investing. It is crucial that you at least look at current SEC filings and read the latest press releases. Information contained in this profile was extracted from current documents filed with the SEC, the company web site and other publicly available sources deemed reliable. Never base any investment decision from information contained in our website or emails or any or our publications. Our report is not intended to be, nor should it be construed as an offer to buy or sell, or a solicitation of an offer to buy or sell securities, or as a recommendation to purchase anything. This publication may provide the addresses or contain hyperlinks to websites; we disclaim any responsibility for the content of any such other websites. Please use our site as a place to get ideas. Enjoy our videos and news analysis, but never make an investment decision off of anything we say. Please review our entire disclaimer at FutureMoneytrends.com.