On March 2, 2016, Aubrey McClendon, former founder and chief executive officer of Chesapeake Energy Corp. (NYSE:CHK), was announced to have passed away due to injuries sustained in a single car accident. The tragic incident occurred on a rural stretch of highway in Oklahoma City, where according to witnesses, Mr. McClendon veered into an embankment. From the press release by the Oklahoma City Police Department, the implication was suicide, although not directly stated as such.

At first glance, the allusion is not entirely unreasonable. Just one day prior, McClendon was indicted on charges of conspiracy. This was in relation to possible collusion with other partners in the natural gas business, where lucrative gas bids were deliberately assigned. The former CHK chief has maintained his innocence of the charges, and appeared ready to defend his case before a court of law.

Did McClendon crack? The pressure, the embarrassment, the damage to one’s personal and professional reputation could cause anyone to falter — perhaps enough to do something drastic. Yet aside from the unusual timing of the indictment and the ensuing accident, other factors arouse suspicion. Most notably, there is a money trail that demonstrates a vested interest in having someone of McClendon’s stature eliminated.

First, there is the institutional ownership of CHK stock. Over the past several years, Wall Street hedge funds and other powerful interests have been accumulating a stake into Chesapeake, even despite the energy market collapse.

Second, the short interest in CHK stock — or the percentage of the CHK’s float held short — has been rising, especially during the past two years. In the most recent count of short interest, more than 45% of the outstanding shares of CHK were held for the purposes of making a bearish trade. 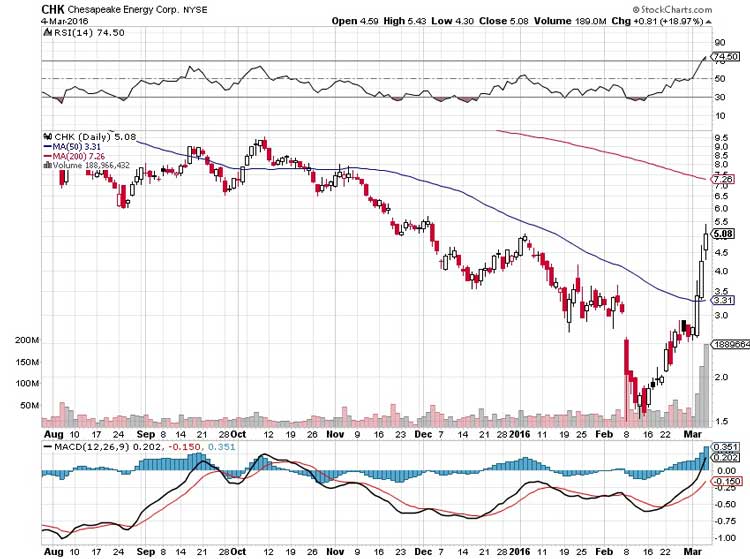 According to market logic, so long as CHK continued to flounder, the bears would make a tremendous windfall from their short positions. Indeed, such traders did make huge amounts of money riding CHK down. But something interesting happened about one month prior to McClendon’s death. Insider ownership of Chesapeake stock — the amount of shares held by the company’s executive management team — jumped 16%. Since at least October of 2011, the biggest month-over-month increase in insider ownership was a comparatively paltry 5%.

An insider clearly had privileged information to make such a massive acquisition — especially in light of the equally massive short position. From the day of McClendon’s death, CHK stock skyrocketed 94% in the markets; from the time the former CEO’s death was publicly disclosed, CHK still gained a suspiciously generous 49%.

My friends, we are no longer talking about a conspiracy theory — we are talking conspiracy facts. Under any other circumstance, such monetary incentives would not be called a conspiracy, but rather, motive. As more insights are revealed, it is looking less and less likely that McClendon committed suicide, but rather, was the target of a nefarious agenda.