Staring disaster in the face not too long ago, the Dow Jones Industrial Average appears to have found a much needed life raft. Over the past week, the Dow 30 index gained almost 246 points, or 1.5% — not too bad, considering the shot it took in January. For the year, the benchmark is still off parity by -4.5%, but at least now, the equity markets are firmly above official correction territory. With a few more positive days, the blue chips may soon find themselves in the black. However, investors should be wary of this newfound optimism.

Several Wall Street hedge funds have initiated high-levels of short positions — that is, taking bets against the markets. Ordinarily, this would seem like a logical course of action. The domestic indices have pushed to record highs last year, yet the fundamentals didn’t necessarily look supportive of building off those gains. As the August 2015 broad market correction demonstrated, there was a higher probability of stocks moving to the downside as opposed to the upside.

The markets, of course, are not rational all the time. The ability for many stocks to recover from the aforementioned collapse freaked out quite a few hedge funds who maintained short positions. The nature of being short the market means that there is infinite risk. Since the stocks being shorted have to be borrowed first, if they perpetually move higher, the short-seller must acquire the stocks in question at a higher valuation. At some point, the position may become unsustainable — and the short trader gets wiped out. 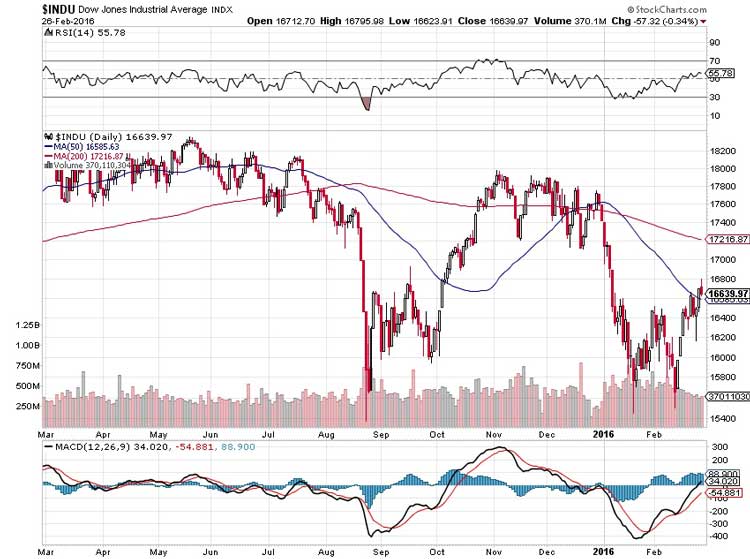 In order to prevent this, the bearish trader can mitigate his risk through options contracts or by buying back the shorted stocks at the current market price (before things get too out of hand), effectively nullifying some of the exposure of the initial position. But when bearish traders cover their shorts, this has the effect of lifting the markets — obviously, since the borrowed stocks have to be bought back.

A good chunk of the present rally is based on this technical dynamic — positions are being acquired simply to protect oneself. That is, buyers are not necessarily buying because the markets are such a great deal; rather, the bears are protecting themselves in case their bet goes awry. Ironically, the bears’ fears are driving the very market recovery that goes against their short trade.

That’s all and well for the bulls — for now. But what happens when the short positions are covered to everyone’s satisfaction? Do the optimists really believe that the markets will make good on the comeback that is so seemingly promised?

I have news for you — the smart money isn’t biting. Those that are, are the short-traders and market professionals hoping to skim off profits from technical trading. So don’t be fooled by the Dow rally. At the very most, it’s a paper tiger.