Was Dollar Demised Planned During The Shanghai Accord?

The plot sounds straight out of a best-selling thriller or a Hollywood blockbuster. A group of leading international bankers gathered together in a secret, off-the-record meeting to coordinate the trajectory of major currencies. These actions were to be implemented for one main purpose — the destruction of the U.S. dollar.

At first glance, this may appear to be a new variant of a familiar conspiracy theory. Except that the so-called “Shanghai Accord” — an alleged gathering of central bankers coinciding with the G20 Summit in Shanghai on February 26 — does have an actual, honest-to-goodness precedent. Back in 1985, “finance ministers from the U.S., France, West Germany, Japan and the U.K. made a deal to jointly guide the dollar lower against the yen and the German mark.” The intention was to reflate the U.S. economy through dovish monetary policy.

Of course, the existence of secret meetings in the past do not prove that such events are occurring now. To be clear, there is no direct evidence linking key central bankers to the Shanghai Accord, which is claimed to be a campaign to shore up the Chinese economy.

However, there are interesting facts that one cannot ignore. On the day of the Shanghai Accord, neighboring Japan saw the Yen index drop 0.93%. Across the vast Eurasian landmass, the Euro currency index shed 0.8%. Later, the U.S. Dollar Index jumped 0.85%. Eventually, the former two currencies would rise 6.3% and 4.3%, respectively, whereas the dollar weakened by 5%. 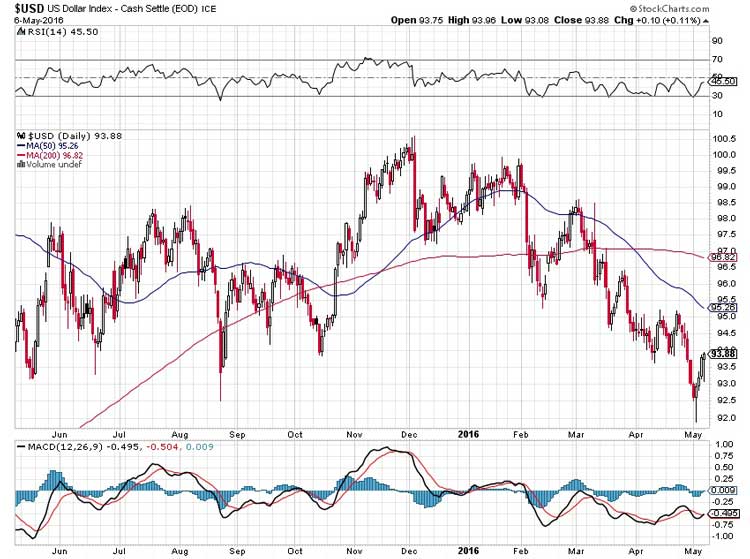 What was peculiar was how thin the spread between the high and low range of movement among the three currencies was, measuring only 16%. Keep in mind that these are currencies traded in markets of completely different time zones. In addition, currency trading is highly volatile, and it is unusual to see such limits in movement variation.

For example, there was a major currency movement on February 3, where the U.S. dollar dropped 1.6% on the day. That resulted in the Euro index gaining 1.4%, whereas the Yen gained 1.2%. The difference in the spread is a relatively high 33%. Even more telling was December 3, 2015. The Euro index gained 2.55% on that day, whereas the Yen only saw a half-a-percent increase, and did not move much in the following session.

The takeaway here is that currency trading reflects different markets and economies — and can often be unpredictable even with major moves occurring in other parts of the globe. Yet on February 26, the day of the Shanghai Accord, there was an apparent synchronicity behind the trades. That’s certainly a shift away from normal trading patterns.

Yet does that prove the Shanghai Accord was real? There’s simply not enough evidence to conclude one way or the other. But the pressing issue may not be the secret meeting itself, but the message behind the meeting. Whether coordinated or not, the U.S. economy faces major hurdles. If not resolved successfully, that has terrible implications for the stability of the dollar.

Ultimately, market conditions — not central bankers — may be the greenback’s biggest threat.