The Higher The Rise, The Harder The Fall

Never has the market looked so strong, and yet so weak. The benchmark S&P 500 is now up nearly 6% year-to-date, which, if the trend continues, forecasts double-digit returns for 2016. A much more positive-than-expected jobs report also lends support to the bullish argument. However, anybody with half a brain cell can recognize the perilous situation we are in. It may be only a matter of time before geopolitical events finally take their toll on the U.S. financial sector.

Over the past few weeks, we have seen tragedy after painful tragedy. First, Americans suffered the worst terrorist attack in U.S. history since September 11, 2001. Then, we had a crazed lunatic murder law enforcement officers in Dallas, Texas. Just before the weekend, there was a horrific terrorist attack in Nice, France, when yet another radicalized jihadist ran over Bastille Day partygoers, killing at least 84 people. Finally, there was a coup d’etat in Turkey, a violently dynamic and ongoing circumstance at time of writing.

A reasonable person would state that these events are disastrous for the health of the financial markets — and I don’t see much reason to doubt that sentiment. It’s patently obvious now that terrorist groups have infiltrated western countries, including the U.S. The longer we deny this reality, the more we are wasting time and resources necessary to protect American citizens — the absolute first priority of government.

The Turkey coup is particularly worrisome. Seen as the bridge between Europe and Asia, Turkey — for all its faults — is viewed as a key partner in Middle Eastern politics. If indeed the rumors are true that the military has taken over Turkey’s government, that is fundamentally problematic to U.S. foreign policy. By having relations with a forcibly besieged government, it would send the message that violent actions can be legitimized if such actions are successful towards their end.

That’s a woeful dilemma for President Obama’s administration, whose softly inept leadership has been advantaged by belligerents everywhere. That also sends a worrying signal to key American allies, who have every right to lack confidence.

Although predicting the future is a minefield, this has the appearance in the markets of a bull trap. Yes, the S&P 500 is at all-time highs, but no one outside of Wall Street cares. Unusually, when things have been the most volatile fundamentally, the S&P has risen in substantial technical strength.

This rally, however, is built upon weakened volume — there’s just not as many buyers in this rally as there were in prior rallies. Furthermore, in terms of momentum (as based on the readings of the Moving Average Convergence-Divergence), the benchmark index still has much to prove. It doesn’t mean that valuations won’t rise. But with more and more chaos entering the news cycle, time is not on the financial sector’s side.

There’s not much that individually we can do regarding current events. However, we can attempt to mitigate the negative impact it may have on our wealth. At this unusually volatile juncture, I can only urge caution and vigilance — in all matters. 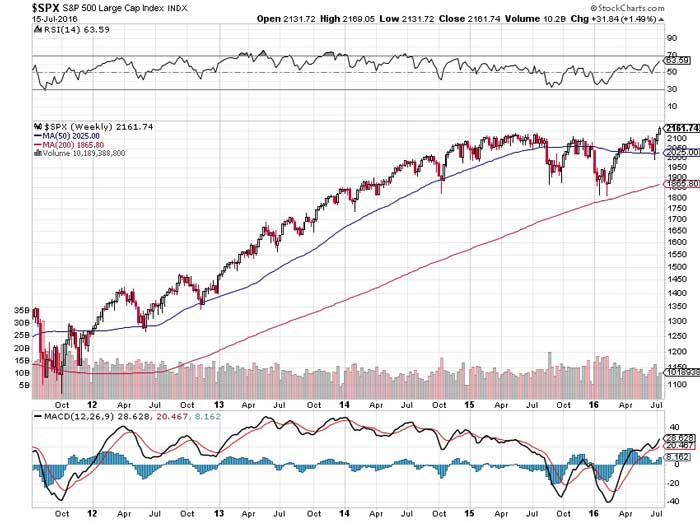