Information Crash: The Other Factor In The Dow Death Blow

Last week, I gave a fairly comprehensive exegesis countering the assertions of MarketWatch‘s Brett Arends’ article, “Dow ‘death cross’ is pure voodoo.” After addressing each of Mr. Arends’ key arguments with accurate context and factual analysis, the reader hopefully left with a sense that technical indicators like the Dow Jones death cross is simply the assessment of mathematical data, not wishful thinking. The cherry on top, however, was if the markets would react in the manner my analysis suggested it would.

This and other forms of misinformation will undoubtedly permeate throughout social media and business news networks, wreaking havoc and confusion among the general public. What is especially important over the next few days — and perhaps weeks if we’re lucky — is to stay vigilant and to consider defensive action.

We have a high-degree of confidence that the current crisis in the Dow Jones really is different from previous corrections over the past five years. Recent negative spikes in the markets have taken quite some time to materialize — approximately one month. But the current crash has occurred over the span of two days, and only nine days after a death cross flashed on August 11. 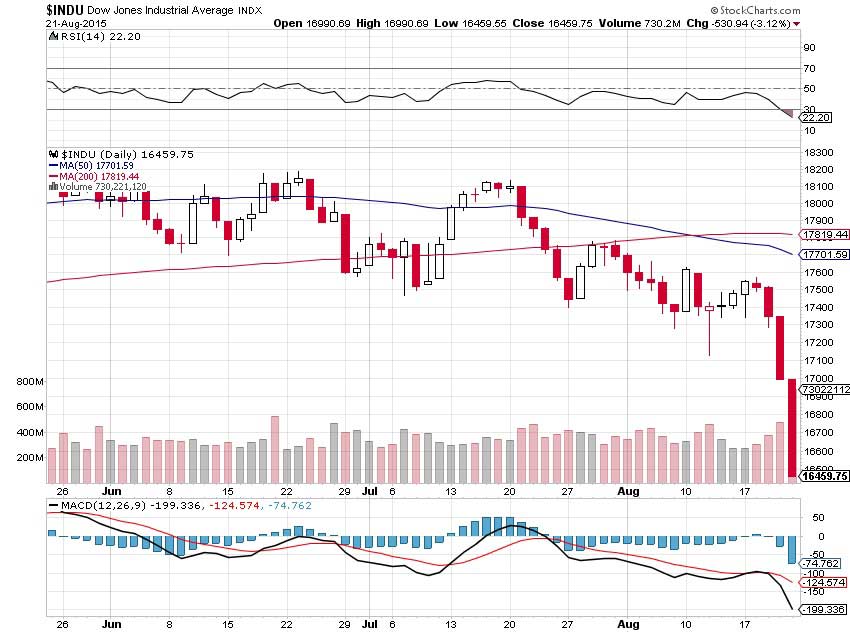 I could go into a didactic analysis but there’s only one number that stands on its own: 890. That’s how many points were lost in the Dow between August 20 and August 21. The velocity truly caught most traders and institutional fund managers napping as the daily volatility over the week prior to the two-day crash only averaged -0.22%.

We also know that the Dow crash surprised everyone because of the flip-flopping. The aforementioned Mr. Arends recently published an article entitled, “Dow 5,000? Yes, it could happen.” Okay. The MarketWatch writer used historical analysis to impugn the death cross indicator as “voodoo,” but now his historical analysis suggests that the Dow may go down to 5,000 points.

It’s clear that people are scrambling to cover their tracks. This Dow crash has been inconvenient to everyone. But don’t let the information crash misguide you into making a critical error.