Wall Street is at a critical juncture. While large capitalization stocks managed to end last Friday’s session on a positive note, it was bullish only as a technicality. For the week ending April 8, 2016, the benchmark S&P 500 closed down -1.21%, a disappointing and perhaps damning failure to build off a key technical level. When the S&P index decisively breached the 2,060 point barrier on April Fools’ Day, it was an opportunity to assert a positive trajectory in the markets. Instead, we have more questions than answers — precisely at a time when such inquiry is wholly unneeded.

Beginning today, the markets enter the second quarter earnings season. Traditionally, this is marked by the release of earnings results for Alcoa, Inc. (NYSE:AA). Their performance is anxiously awaited, since it is in many ways a pulse on the health of America’s industrial sector. Expectations for Alcoa this time around is substantially off earnings per share forecast year-over-year. And while AA may pull of a positive surprise based on the lowered target, Wall Street may take a dim view on the bearish fundamentals of the aluminum and industrial metals sector.

Then you have the financial reports for the Big Four of banking stocks — JP Morgan (NYSE:JPM), Bank of America (BAC), Citigroup (NYSE:C), and Wells Fargo (NYSE:WFC). None of these bank stocks have performed well during this year. Previous attempts to break past upper resistance were only mildly successful. With earnings set to be released in the middle of this week — JPM heads off on Wednesday — the technical pensiveness displayed by bank stocks is hardly reassuring. 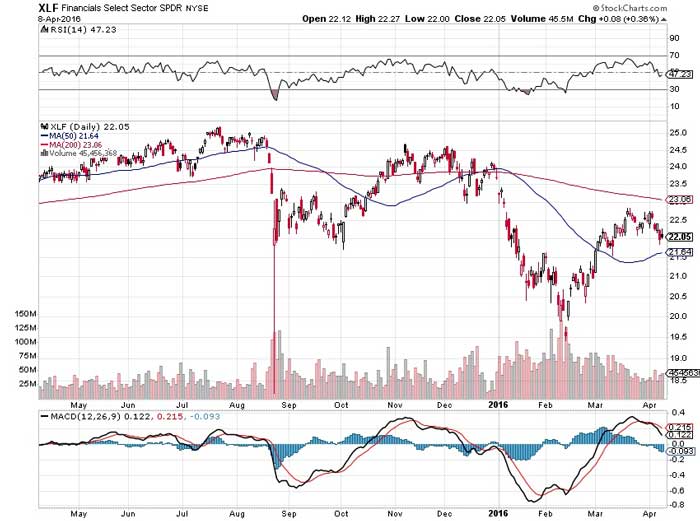 The core issue may be leverage. Back during the Great Recession, the popular market meme was “too big to fail,” a tongue-in-cheek justification of government overreach into financial and corporate affairs. Moving forward, the new meme could be “too big to succeed.”

JP Morgan chief executive officer Jamie Dimon believes that his bank — America’s biggest and baddest — is in a unique position to foster growth in international economies because of its vast asset base. With investments poured throughout the world’s most powerful corporations, JPM has a direct hand in their collective success. But if the global markets sour due to less than favorable fundamentals, JPM may be faced with some harsh liabilities.

Leverage works both ways. It’s great when things are on the up and up; not so much when speculation collapses, and you’re on the hook. A cursory look at major indices across the world shows that there’s not much reason for hope. Whether in the U.S., Asia, or Europe, investors are uncertain of the next move ahead. With so much hanging on the balance in terms of earnings results, this lack of broad enthusiasm is, quite frankly, alarming.

I’m not suggesting to run for the hills. What I am saying is that we have reached a critical test — and truth be told, the performance of benchmark indices are not impressive. At this point, there’s too much risk caked into the markets. As stated over the past few weeks, extreme caution should be the law of the land until Wall Street can find definitive resolution.