The Markets Are Grasping at Straws

Despite the fact that the S&P 500 is up 9% year-to-date, investors haven’t had much joy over the past few months. Case in point, the benchmark index is up only half-a-percent since mid-July. That’s the kind of underperformance that makes people wonder. The smart money could get cold feet, and pull out of the markets. Worse yet, that’s exactly what the litany of available data is suggesting.

First, let’s address the low-hanging fruit. The employment figures put out by the Labor Department have always been a source of contention. Diplomatically, the best thing you can say about the most recent September numbers is that the data is mixed, with the 156,000 non-farm payrolls added falling 8% below forecast.

Second, the U.S. Dollar Index continues its remarkable ascent against other international currencies. That dynamic has led to the commodity deflation that’s reflected at the gas pump or the checkout lane. But if the economy was truly healthy and growing at a substantive rate, we should be seeing a natural price inflation. More money would chase fewer goods, which means producers and suppliers can afford — and should — raise prices.

Basically, there’s a contradiction between one set of figures versus another. The technical picture further confirms this dichotomy.

The current decade has been a solid one for the markets — some might even argue that it’s remarkable. The SPDR S&P 500 (NYSEARCA:SPY) hasn’t returned an annual loss since 2009. That’s an all-time record since the SPY’s initial public offering in 1993. 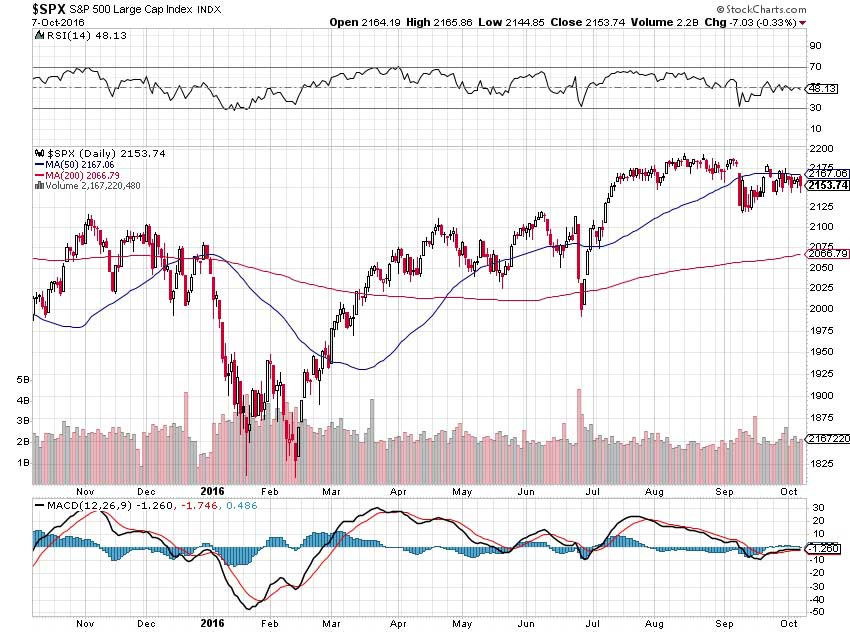 However, every sustained rally in the SPY fund has culminated with a devastating crash. Between 1993 and 1999, the SPY averaged returns of over 21% before short-circuiting during the tech bubble implosion. And then there was a solid four-year run between 2004 and 2007 that yielded an average return of 9% before succumbing to the 2008 global financial crisis.

One could also make the argument that there was true substance in the prior rallies. Even though it ended spectacularly when the tech bubble burst, the bull run of the 1990s was built on ground-breaking innovations — innovations that actually are the foundation of the tech we use today. The ensuing recovery in the early to mid-2000s reflected an earnestness by the American people to come back after a devastating terrorist attack.

But so much of the current rally is seemingly based on empty promises and nonsensical policy decisions. In theory, that would suggest that a future correction would be far more severe than any we have experienced in recent memory.

One caveat cannot be avoided. The markets can absolutely stay illogical longer than you can stay solvent. But ignoring these trends in the SPY — as well as other popular investments — could be a recipe for disaster. The prudent idea is to acknowledge the red flags posed by the hard numbers, and to at least be prepared to adjust accordingly.