Following a devastating week on Wall Street, including a 2-day sell-off in which the volatility was unmatched for 17 years, the venerable Dow Jones Industrial Average has given up its gains for 2014. A similar fate awaits the more “broadly defined” S&P 500 index if investor sentiment does not recover substantively and immediately. Consistently positive U.S. employment trends failed to buttress alarmingly conspicuous vulnerabilities in the global economy, particularly that of Germany as the preeminent European Union member state’s export data flat-lined against even the most lenient of expectations. This precarious condition sets the stage for not only next week’s market trajectory, but potentially a history-defining pivot.

Much fanfare has been made of the nominal trends plotted by the growing U.S. jobs sector, which on paper shows a recovery in terms of the number of employment opportunities lost during the so-called Great Recession. However, that pervasive element of fundamental bullishness has not arrested the stampede of money flooding out of blue-chip equities, a clear indication of a misalignment between statistics and reality. If the previously praised hiring spree was to be believed, it certainly does not appear to have been initiated by large market-cap firms where much of the confidence has been lost in recent days. The bearish omens presented by international economic indicators therefore give the appearance of a convenient escape valve for smart money investors rather than the causal factor for the massive valuation loss. 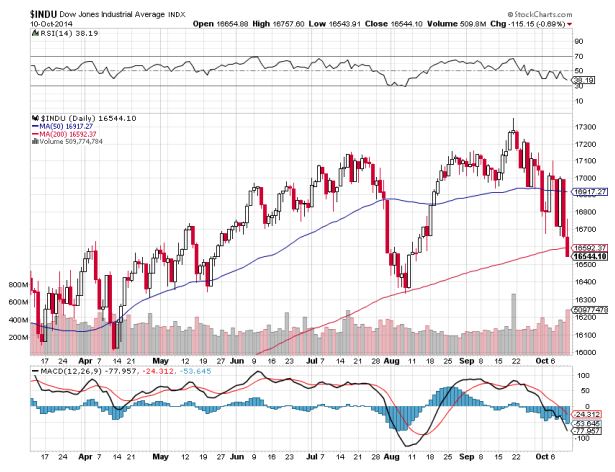 The 6-month technical chart of the Dow Jones is especially telling, given the dichotomy of trader psychology between the bulls and bears. On one hand, accumulation has been slow and measured, particularly between June and July of this year when the price action settled into a tightly managed inclining trend channel. After the marked loss initiated first in late July and segueing into early August, the following recovery took the better part of a month to realize.

Contrast that with the bearish price swings. Those traders short the market have taken every opportunity of weakness or even pensiveness to drive down valuations, with the most pronounced work occurring last week. The unfortunate souls still long the market were outnumbered and outgunned and failed to maintain the price band at or above the ever-eroding 50 day moving average, a popular technical indicator watched closely by professional participants as a quick gauge of market strength or weakness. 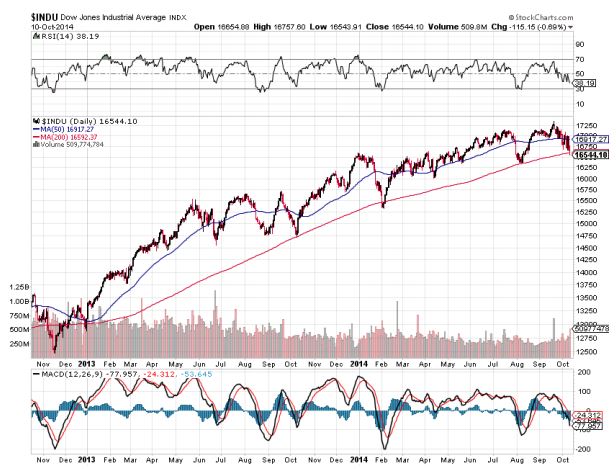 The further out in the time range one looks, the more damning the picture. From a two-year perspective, the average volume thresholds have been declining, which contrasts sharply with record valuations in the major indices. While the price-point milestones have been celebrated by the mainstream media, the reality is that fewer and fewer participants were financing the party. The declining Relative Strength Indicator and the Moving Average Convergence-Divergence, both used by technical analysts as momentum and sentiment gauges, likewise confirm the discrepancy between “paper gains” and actual substance.

In the short-term, it is possible to see a recovery in the major indices, or what is pejoratively referred to as a “dead-cat bounce.” Using the aforementioned two-year chart, the Dow has recovered from a breakdown at the 50 DMA by finding support at its 200 DMA and initiating a stronger come-back. What distinguishes this current circumstance is investor confidence: the 50 DMA at time of writing (Oct 11) is roughly 8% higher than it was in January of this year. In December of 2013, the 50 DMA improved by 19% over its first-month opener. Clearly, the overall sentiment has been drained for a number of reasons, one of which is associated with a discrepancy in U.S. economic efforts. But whatever the ultimate cause, this is one train wreck that investors may want to avoid.