One of the sexier topics amongst the alternative investment community is the Shemitah cycle, a period of great economic fluctuation that recurs every seven years. According to ancient Jewish customs, when the Israelites entered the Holy Land, they began to count and observe seven-year cycles that would culminate in a Sabbatical year, known as the Shemitah, which literally means “to release” (Chabad.org). Presently, we are in a Shemitah year and it is set to close later this September.

The implications of the Shemitah are noted in the Holy Bible (Deuteronomy 15: 1-2), although in a somewhat cryptic manner. A leading expert on the subject, Rabbi Jonathan Cahn has persistently educated the American people about the practical harbinger that the Shemitah represents; namely, a global economic crisis that will “release” capital valuations from the markets, thus setting the slate clean.

It should be noted that Mr. Cahn does not forward a prognostication of indefinite doom and gloom. Rather, he believes that the Shemitah will shock the financial system, rendering losses to the army of investment bankers that propagate Wall Street misinformation. However, the longer term insinuation of the Shemitah is one of hope: there will be a period of recovery from the heavy losses sustained and America — and the rest of the world — will have a chance to build a better future.

How seriously, though, should people regard the Shemitah? Unless one is already an ardent proponent of faith-based economic barometers, at face value, the aforementioned assertions sound like the plot from poorly conceived — and disastrously pretentious — Kirk Cameron film. 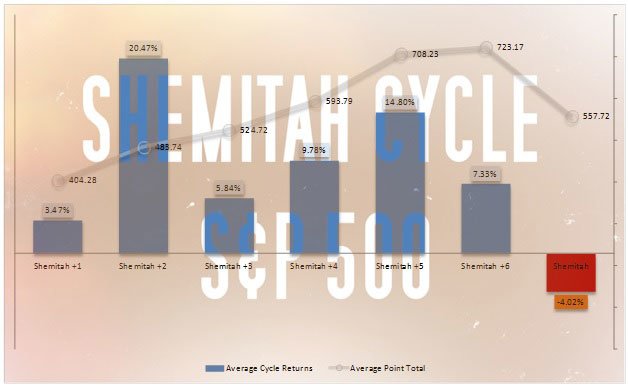 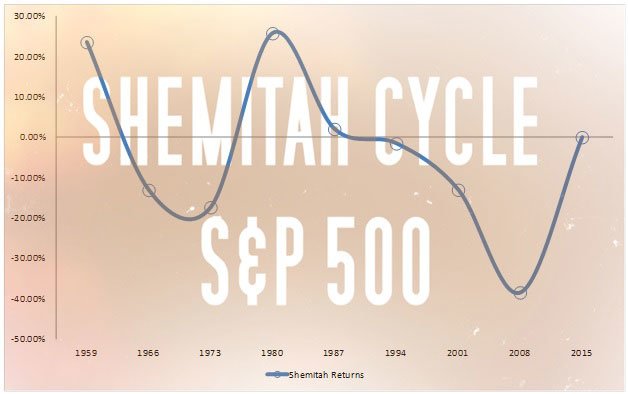 Analyzing only the performance within the Shemitah cycle does, however, bring up more questions than answers. From 1959 to 1980, “buying” the S&P 500 during this time resulted in a wash. It was only from 1987 to 2008 that the Shemitah consistently produced negative returns. Based on this framework, it is statistically impossible to pinpoint where the Shemitah will ultimately take the markets in 2015.

As with any compelling story, there is one ongoing event that will shape the perception of the Shemitah as a true forecasting indicator. At present, the S&P 500 is charting what is known as a broadening wedge pattern. This pattern, known to technical analysts as a bearish harbinger, is indicative of chaos: both the bulls and bears wage bloody battles in determining the overall trajectory of the markets, with the bears finally sinking the ship. 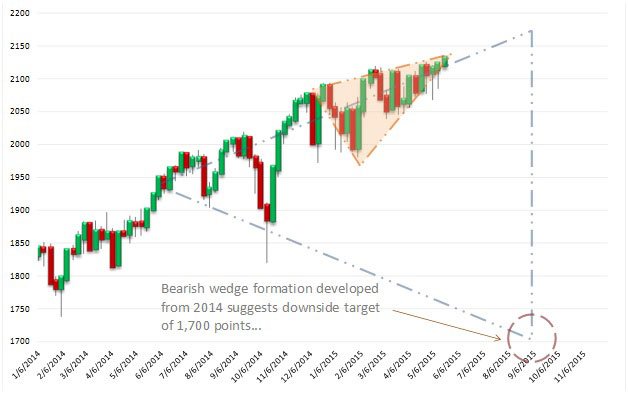 A downside target for a broadening wedge can be established by drawing equidistant lines from the initial anchor point. For the S&P 500, the downside target is 1,700 points, roughly a 20% loss from where the markets stand.

The forecasted time when this event may occur? You got it. September 2015.