There Is Simply No Stopping The Gold and Silver Train!

Time has run out on the equity market makers — the gold and silver train is coming and it’s not stopping for anyone! Despite a tremendously choppy year, the dominant trajectory of gold and silver prices cannot be denied. Gold bullion is now just a few dollars shy of the psychologically critical $1,300 mark, whereas silver is sitting underneath $18. These are valuations that, for both metals, have not been seen since the first quarter of 2015. It tells us with great confidence that the bear market in precious metals is finally over.

Back when gold was last flirting with $1,300, the precious metal markets were still in the midst of a bearish cycle. In the prior year of 2014, gold was flirting with the $1,400 level. A year before then, the yellow metal lost the $1,700 support line and was struggling to maintain above $1,600 — which failed in spectacular fashion during what was labeled a “massacre” at the COMEX.

A similar story can be told by silver bullion investors. In 2014, silver prices were attempting to clear past $22. In 2013, the high for the year was around $33. With gold and silver, the precious metals were swimming against the current of an overwhelmingly bearish onslaught. These traditional safe-haven assets were almost immediately rendered as trading vehicles.

However, the investment argument of the metals is finding normalcy. The bears see much higher risk in shorting the metals and are moving towards other assets. This is clear not only in the general price of the metals (and other commodities) moving higher, but in the rapid fashion that they are doing so. 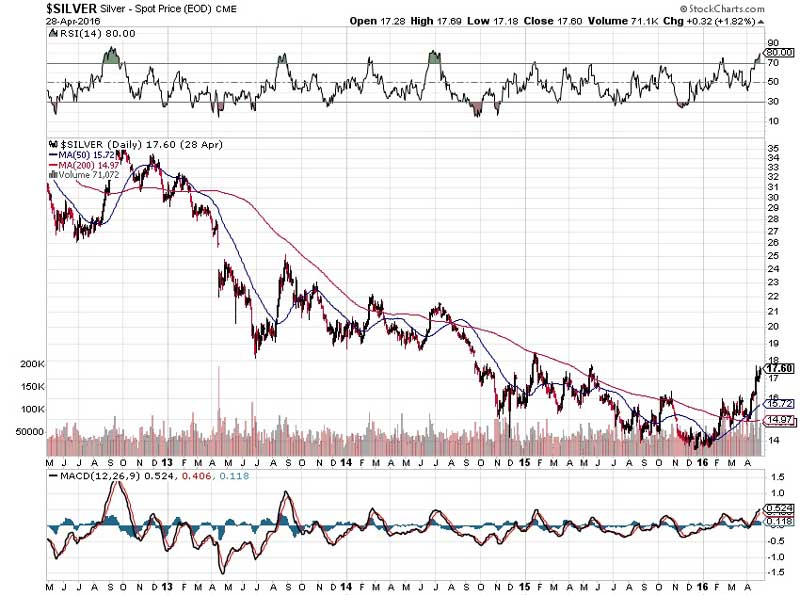 The catalyst for precious metals today is the short squeeze. As you know, a short position in the markets is when a trader takes a bearish bet on an asset — if the asset moves lower, the bearish trader makes a profit. If the asset moves higher, the transaction is a loss. But unlike traditional “long” positions, there is no ceiling that prevents an asset from reaching new heights. In theory, an asset can move higher indefinitely, so long as people are willing to buy it.

That presents a major problem for the bearish trader, called unlimited liability. In a traditional “long” position, a trader buys a stock and hopes it rises in value. However, if it does not, the trader knows that the lowest price a stock can go is $0. The opposite cannot be said about a short position. In some extreme cases like Berkshire Hathaway shares, the dollar amount can exceed five digits!

Brokerages that handle the short transaction don’t like to see such trades get out of hand. In order to stay in a losing short trade, a brokerage will often initiate a margin call, or a request for fees to service the short position. It’s a way for the brokers to extract something of value in case the bearish trader goes bankrupt. But well before that point, most short traders will exit their position.

In the case of gold and silver, there’s a massacre of bears occurring. Pretty soon, the path will be cleared, and there will be no stopping the precious metals freight train for some time to come.