Chalk it up to resilience by members of the alternative media — or the simple fact that fundamentals have gone so far askew that it can no longer be ignored. Coming straight from the pages of an Alex Jones-inspired conspiracy website, Reuters ran an article entitled “Doubters question ‘strange’ stock market rebound.” The premise — as if it wasn’t clear enough — is that professional traders are mulling heavily over ambiguous, even downright contradictory data. The present rally could be a bull trap, designed to suck people in (or up, depending on how literal you want to go) until the hammer finally drops.

For fans of mainstream financial news — fear not! Reuters has not gone completely bonkers, with their headline containing trace elements of clickbait. Still, they bring up very valid points that all investors should consider. First and foremost is the dichotomy between bullishness in the technicals and bearishness in the fundamentals. “Even with European shares getting a fresh lift from a weaker euro on Friday – after U.S. data smashed expectations and fueled bets on tighter U.S. rate policy in contrast with the European Central Bank’s dovish stance – growth hopes remain fairly muted.”

The major U.S. equity indices — Dow Jones Industrial Average, S&P 500, Nasdaq Composite Index — are all up on a year-to-date basis, particularly so for the Nasdaq, which is approaching 9% returns for the year. Yet this robust data flies in the face of reality, much of which is bearish. Various industries, ranging from steel, tech, and even the mainstream media, have all suffered significant cutbacks and pink slips.

If stalwart organizations like ESPN — which is owned by Walt Disney Co. (NYSE:DIS) — can’t keep their books in the black, what about the thousands of others who don’t nearly have as much populace support? At some point, investors en masse will eventually be forced to look at the fundamentals. After all, capital speculation is based on the implied promise of future earnings — if it’s clear that the earnings aren’t going to be there, neither will the investors. 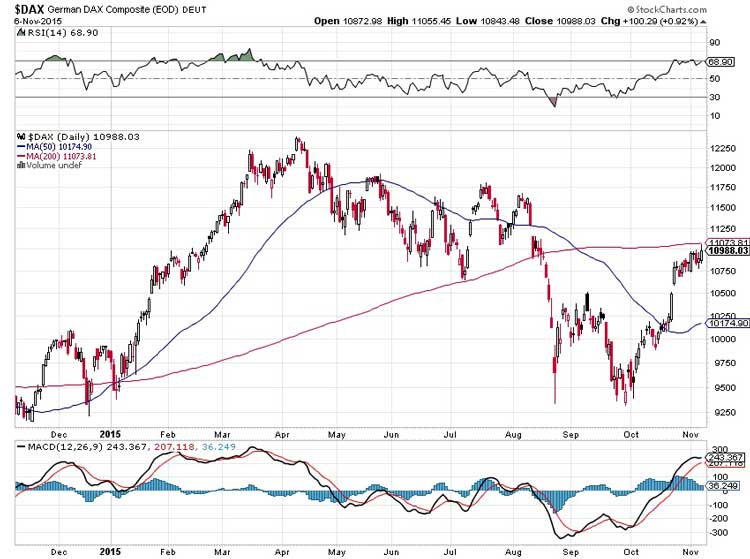 Another matter brought up by the Reuters article is a purely technical argument. “On the investor side, European hedge funds have actually been reducing exposure to stocks while the market has rallied, according to strategists at Morgan Stanley.” What is being described here is a divergence pattern, or a contradiction between two technical factors.

Normally, under a genuinely bullish rally, both equity prices and the volume of trades move higher in tandem. A divergence in this natural trend — equity prices move higher, but volume fades lower — is disconcerting, perhaps even ominous. What it’s saying is that only a few people are moving the markets while the rest of the investing public are sitting on the sidelines.

The question to ask, then, is who has the leverage to raise prices with lesser volume? By looking into possible answers, we can logically surmise that there’s a vested interest in conning people to hold a financially unsustainable bag. And that will surely lead to unusual market dynamics — up until the point when the system can no longer be lied to.