The STARS ARE ALIGNED for a Strong Move in This Underappreciated Metal!

Future Money Trends has been watching the metals markets for a very long time. We’re believers in gold, silver, and other metals, as well as the companies that work day and night to mine these essential elements. When other market sectors betray our trust, we know that we can always count on metals and miners as a steady and sturdy component of our portfolio.

As much as Future Money Trends loves gold and silver, today, we want to direct your attention to a metal that is very much underappreciated and undervalued right now: zinc. The world’s third most in-demand metal doesn’t get the attention that gold and silver do, but it’s quietly attracting big names and seed funds from some of the smartest people in the industry.

Despite its lack of press coverage, zinc has a myriad of uses and is essential to the world economy: it’s used as an anti-corrosion agent, it’s a component of brass and bronze, and it’s frequently used in the chemical, paint, and rubber industries. It’s also used heavily in the agriculture industry, where zinc is widely used as an organic fertilizer.

And let’s not forget about zinc’s use as a component of lithium-ion batteries, which we see in personal electronics, laptops, and electric vehicles. Future Money Trends is bullish on the electric vehicle market, which is expected to expand rapidly in the coming years in the United States, France (which wants to end sales of gas and diesel vehicles by 2040), Germany and India (which want all new cars to be electric by 2030), and China (which aims to increase electric vehicles to two million by 2020 and to greater than seven million by 2025).

China’s aggressive plan to promote electric vehicles will mean an even greater need for zinc, and Future Money Trends is expecting exponential growth in zinc demand in China, which consumes close to 50% of the global supply of zinc annually. China is covered with roads, bridges, cars, and other metal-coated products that depend on zinc to prevent rust, so they will need an incredible amount of zinc in the near future for their $2 trillion infrastructure plan.

And now, more than ever, zinc is trading at a bargain price, with spot zinc near 52-week lows: 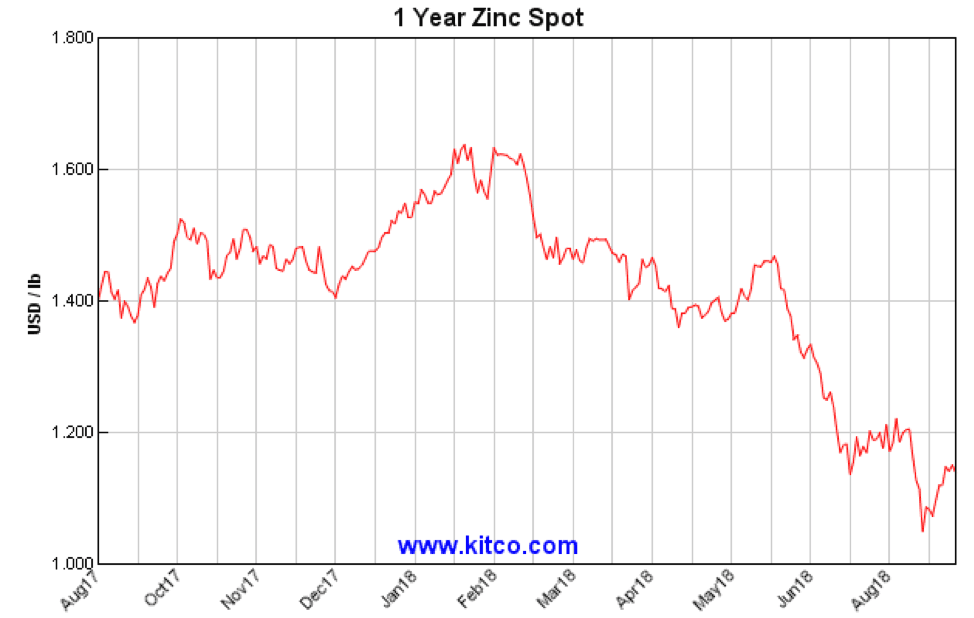 Trade war tensions have created a rare opportunity to capitalize on super low zinc prices. Future Money Trends views investor nervousness as a chance to pick up shares of great companies for the long-term, and we’ve had our eye on one particular zinc miner for a while now.

The company we’re super bullish on right now is Callinex Mines Inc. (TSX-V: CNX, OTCQX: CLLXF), a top-rated firm that discovers and develops base and precious metal-rich deposits within established Canadian mining districts. This leading zinc and exploration and development company is positioned to capitalize on the coming renaissance in zinc in 2018.

The number-one leading zinc junior in established mining jurisdictions, Callinex Mines, has everything that Future Money Trends is looking for: brilliant management, strong fundamentals, and a niche market that retail investors haven’t all piled into yet.

Max Porterfield, the CEO, president, and director at Callinex Mines Inc. since June of 2014, is en route to surpass the world’s mining tycoons. With over ten years of experience in natural resources and financial markets, Max Porterfield has already built an outstanding reputation with Brazil Resources Inc., Uranium Energy Corp., and U.S. Global Investors. And now, he’s building a zinc-mining phenom with Callinex Mines.

Callinex Mines is well positioned because of its portfolio of advanced-stage, zinc-rich deposits, all located in established Canadian mining jurisdictions: 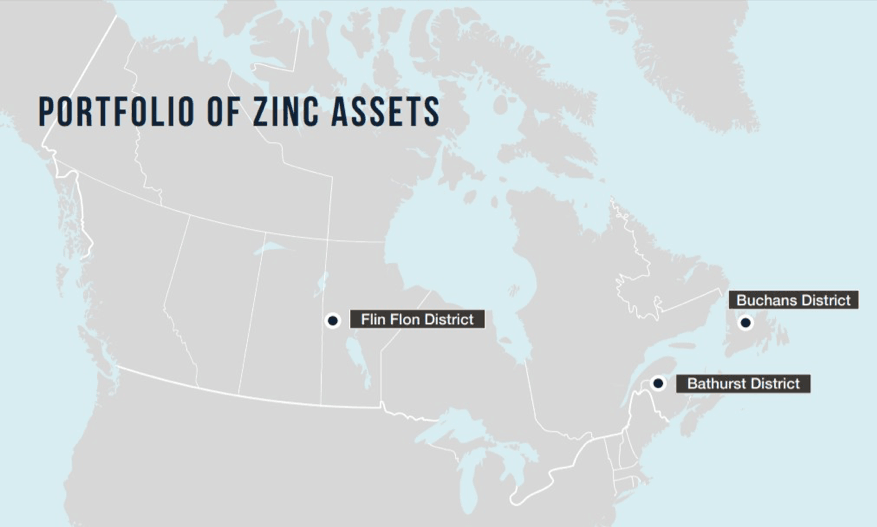 This portfolio of mineral-rich assets provides Callinex Mines with exposure to rising metal prices with deposits containing sizable zinc, gold, and silver resources. And the latest updates are very encouraging: Callinex Mines has commenced diamond drilling at the company’s 100% owned Nash Creek Zinc Project in New Brunswick, Canada. This massive drilling campaign will test the potential for satellite zinc, lead, and silver deposits in the region.

Furthermore, Callinex recently announced material news that the Nash Creek and Superjack Zinc projects could generate an after-tax net cash flow of C$293 million over a potential 10-year mine life, according to an independent Preliminary Economic Assessment (“PEA”) (see Callinex’s news release dated May 14, 2018).  This PEA envisions the operating costs of the combined operation to be approximately C$0.37 per pound of zinc produced, net of byproducts!

Cautionary note on PEA. The PEA is preliminary in nature and includes inferred mineral resources that are considered too speculative geologically to have the economic considerations applied to them that would enable them to be categorized as mineral reserves. There is no certainty that the PEA will be realized.

In addition to this, Callinex recently noted that there is an opportunity to further enhance the Nash Creek and Superjack Zinc projects’ economics with additional exploration. Callinex Mines plans to commence a district-scale survey to identify the potential for additional deposits along a 20-kilometer trend with previously identified high-grade mineral occurrences.

Future Money Trends’ expert analysts agree that the future of the metals sector lies with zinc – and with Callinex Mines. Take a look at the superior upside potential of this outstanding company; it’s one of the purest and best plays in the zinc sector.