This Industry and This Stock are Headed MUCH HIGHER

We live in a fast-moving world where attitudes and policies are constantly changing. The biases of decades past are ancient history, and investors must adapt to new ideas and economic trends. If there’s one example of this that you need to know about right now, it’s the cannabis industry, which is making millions for those who know when and how to get in.

Just take a look at the headlines and you’ll see the changes that I’m talking about. Very recently, U.S. Senators Cory Gardner (Republican) and Elizabeth Warren (Democrat) introduced the Strengthening the Tenth Amendment through Entrusting States Act, also called the STATES Act, as a bill into the U.S. Congress.

If it passes, the STATES Act will amend the U.S. Controlled Substances Act so that it “shall not apply to any person acting in compliance with State law.” It’s a huge potential step forward for firms in the business of producing and/or distributing legalized cannabis; no matter where they are located in the world, the STATES Act could produce a ripple effect that will open doors to increased sales and profits.

North of the border, we see that Canada is going full speed ahead with support for the ancient herb. Just take a look at the consistent year-over-year increase in the number of registered medical marijuana patients in Canada: 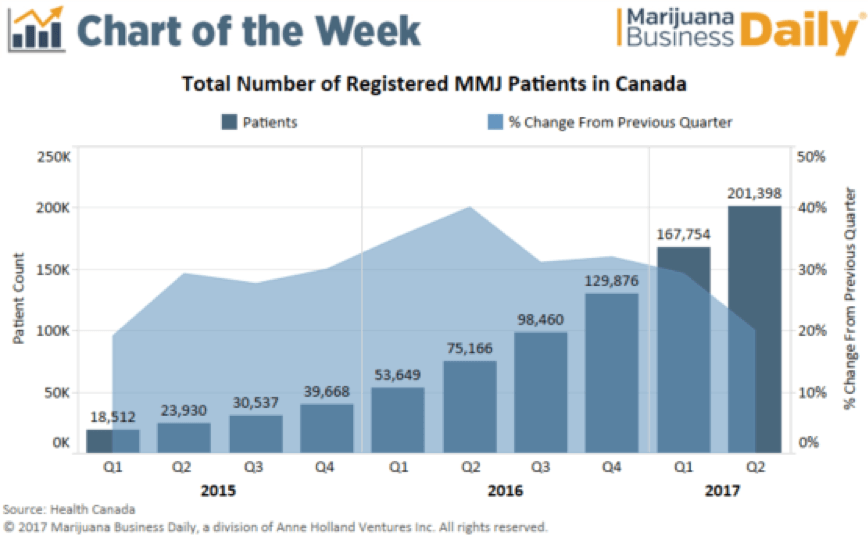 This is yet another sign of bigger things to come, and I’m taking a position right now with the best company in the sector: Pure Global Cannabis Inc. (TSX-V: PURE)

This firm is a Canadian licensed producer of cannabis for both medicinal and adult recreational uses – and bear in mind that I would never invest in a cannabis producing company unless it is fully licensed and approved by the government.

I’ve spoken extensively with the founder and CEO of Pure Global Cannabis, Malay Panchal, and I really like the way his team is combining modern technology with an ancient and natural herb. Amazingly, Pure Global Cannabis Inc. has created something truly unique in the cannabis niche: a multi-ponic vertical cannabis farm setup – the very first in Canada – which allows for multiple tiers of canopy, yielding more than three times the product of a similar footprint without pesticides or herbicides.

Malay Panchal’s team at Pure Global Cannabis has developed something extraordinary: a proprietary grow system that combines the best practices of hydroponics, aquaponics, and aeroponics, and they have integrated this system with top-of-the-line commercial agriculture methodologies. Massive expansion plans of Pure Global Cannabis’ grow facilities are also afoot:

It’s mind-boggling to consider the growth prospects. In the coming months and years, the black market will be replaced by the green market as legalized cannabis sales will expand all over the world: 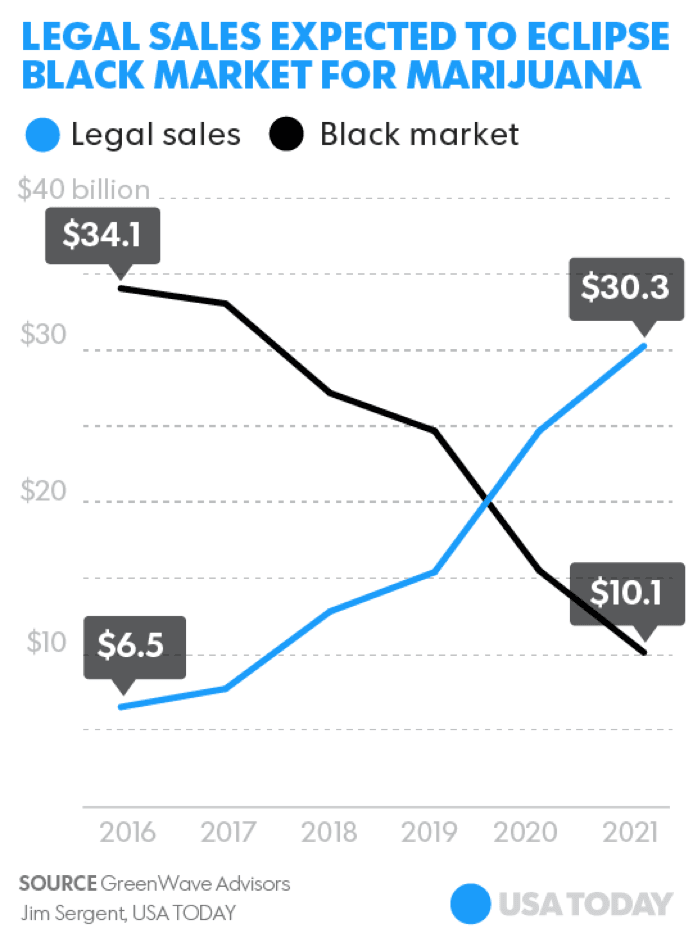 Billions and billions of dollars will change hands in the legalized marijuana markets, and a company with the right leadership and leading-edge technology will be poised to reap the benefits for investors who take action early on. We at Future Money Trends are proud to bring this information to you so that you can make an informed decision – and make your move while the opportunity is still ready for the taking.

Believe me – I’ve looked long and hard, and no other company even comes close. Pure Global Cannabis Inc. is simply the best way to take advantage of a fast-moving cannabis landscape that is changing day by day and creating wealth for those armed with the facts and the understanding that the only direction from here is up.

Legal Notice:
This work is based on SEC filings, current events, interviews, corporate press releases and what we’ve learned as financial journalists. It may contain errors and you shouldn’t make any investment decision based solely on what you read here. It’s your money and your responsibility.  The  Information contained in this profile was extracted from current documents filed with the SEC, the company web site and other publicly available sources deemed reliable. Never base any investment decision from information contained in our website or emails or any or our publications. Our report is not intended to be, nor should it be construed as an offer to buy or sell, or a solicitation of an offer to buy or sell securities, or as a recommendation to purchase anything. We have entered into a three year agreement with the company, purchased shares, and have received three hundred thousand dollars paid for directly by the company for digital marketing.information herein is not intended to be personal legal or investment advice and may not be appropriate or applicable for all readers. If personal advice is needed, the services of a qualified legal, investment or tax professional should be sought.