In just a few short hours, I’ll be sitting down with Rick Rule and Amir Adnani to discuss what I believe is one of the best buying opportunities we’ve seen in 18 months!  For GoldMining Inc. specifically, there are a few things I want to point out to you before I walk into the Sprott Asset Management conference.

As a shareholder, you’ll be part owner in a company that has 24 million ounces of gold resources (measured & indicated eq.) and an additional 2.2 million ounces of historical resources.It has strong institutional support and a very diversified gold portfolio in the Americas. 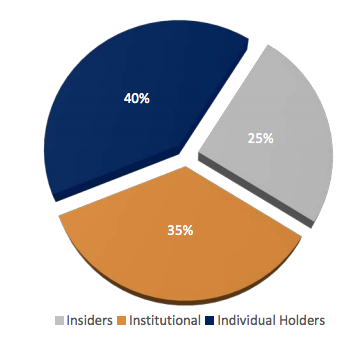 One additional asset that we haven’t mentioned yet is the Rea project, in the Athabasca Basin. This a uranium asset that GoldMining picked up when they acquired Brazilian Gold Corp. The project has a joint venture in place with Areva, a billion-dollar energy giant.

GoldMining is the senior partner, with 75% ownership, and Amir Adnani happens to be one of the few people on Earth who have taken a uranium company into production. Amir and his team are very familiar with uranium, and according to a company press release, he has mentioned a possible spin-out of this project at the right time.

A spin-out, in our opinion, is the most likely scenario since it would act as a dividend to shareholders, as each GoldMining owner would be issued shares in the new uranium company. Amir has stated publicly that he wants to unlock the value at the right time.

Legal Notice: This work is based on SEC filings, current events, interviews, corporate press releases and what we’ve learned as financial journalists. It may contain errors and you shouldn’t make any investment decision based solely on what you read here. It’s your money and your responsibility. The information herein is not intended to be personal legal or investment advice and may not be appropriate or applicable for all readers. If personal advice is needed, the services of a qualified legal, investment or tax professional should be sought. We have been paid by GoldMining Inc. two hundred and five thousand dollars year to date, we are longterm shareholders of the company, and have also received options. Never base any decision off of our emails.