It’s Time to Get Greedy!

Dear Reader,My beloved subscribers, this is about as close to free money as it’s ever going to get for us in my opinion. The zinc shortage is about to get ugly!

This is undeniably the most profitable tipping point I’ve ever seen. We are down to a few weeks of supply in this market.

Production cuts, a lack of concentrates, and diminishing inventories will force the zinc price beyond what anyone can see or predict today…

This is alarming, to say the least, especially for major corporations, like Apple, Ford, Johnson & Johnson, Pfizer, and many other blue chip names.

From the International Zinc Association:

“Without zinc, there is no life.”

Not a single major zinc deposit has been discovered since 1990. 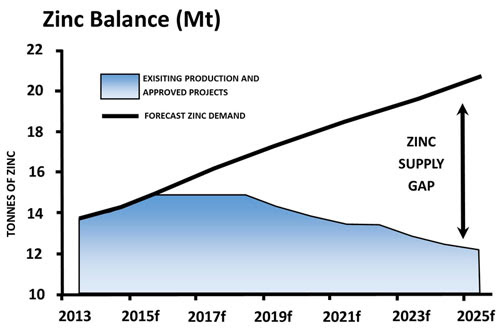 This is a far greater opportunity than anyone (including me) is fully taking in!From 2003 to 2006, the zinc price soared 456% due to a much smaller, more temporary supply deficit.

The difference today is that we’ve just had two of the largest mines in the world permanently close. They’re out of ore, gone forever!

During the surplus years of 2008 to 2015, millions of tons were stored away. It’s one of the reasons why we still have the chance to invest in this mineral before the price goes vertical.

At the beginning of 2016, there were approximately 2 million tons of zinc stored in warehouses worldwide. Today, those supplies are down to 300,000 tons.

Last year, 1.4 million more tons of zinc than mine supply were sucked up from those warehouses, and it’s now about to hit a breaking point.

Here is how I believe we can make a fortune!

No other stock in this space has the potential to cash in on zinc’s coming bull market like Zinc One Resources (TSXV: Z & US: ZZZOF).I’ve spoken to all the top industry insiders, and this could perhaps be the most undervalued stock we’ve ever profiled!

With one of the best high-grade zinc assets on the planet, its current market cap is only CAD$26 million.

That’s USD$20 million, which is nothing for a company of this quality.

The truth is, Zinc One is a new company and it launched at the start of this year, which has been tough for resource investors. If it had launched in 2016, its market cap would be north of CAD$100 million, in my opinion.

However, we’re not complaining, because this has given us an obvious opportunity to load up on shares.

Keith Neumeyer, a legendary investor in the space, told me Monday morning that he’s not only buying millions of shares with his partners on the open market, but they were the largest investors in the recent private placement Zinc One just closed for CAD$10 million.

Zinc One is the first operator to control both the Bongara Zinc Mine, which is in the highest percentile for grade, and the Charlotte Bongara Project, which comes with data that includes grades as high as 29.5%!

These two projects are company makers, with the Bongara Mine offering us exposure to high-grade zinc production and the Charlotte Bongara Project being advanced in order to grow the resource.

Jim Walchuck, is a highly respected former Barrick Gold mine developer. He’s already stated to me that he is aggressively fast-tracking Zinc One to become a producer, his team is continuing to look for additional advanced-stage project acquisitions, and they intend to drill these assets in order to define a resource and potentially increase current estimates dramatically.

We are on the brink of a massive bull market in zinc. Now is the time for action. 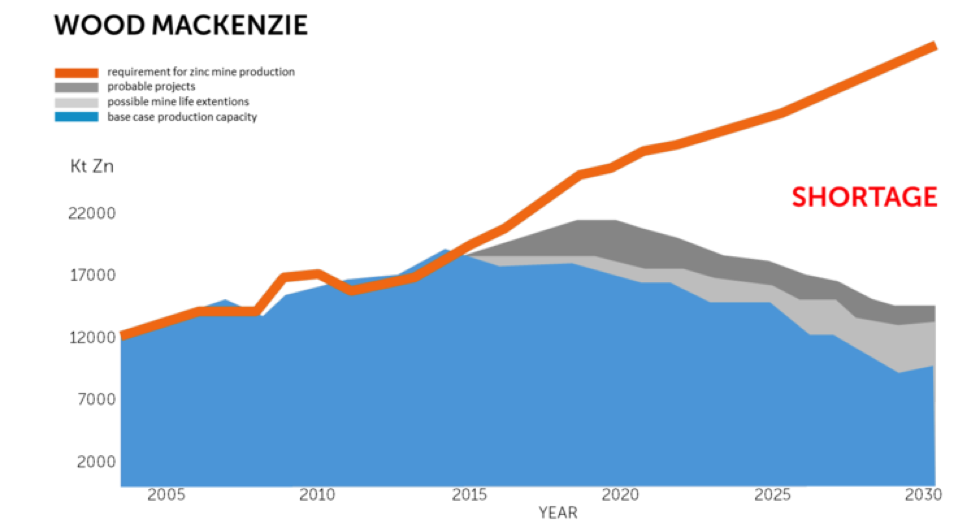 Consider buying shares of Zinc One (TSXV: Z & US: ZZZOF).The coming bull market for zinc is in its infancy, and opportunities like this are extremely rare moments.

Editor’s Note: We are long Zinc One and have made it a core position in our personal portfolio.

Legal Notice: This work is based on SEC filings, current events, interviews, corporate press releases and what we’ve learned as financial journalists. It may contain errors and you shouldn’t make any investment decision based solely on what you read here. It’s your money and your responsibility. The information herein is not intended to be personal legal or investment advice and may not be appropriate or applicable for all readers. If personal advice is needed, the services of a qualified legal, investment or tax professional should be sought. We have not been paid by Zinc One Resources, we are longterm shareholders of the company. Gold Standard Media, having the same owners as Future Money Trends has been reimbursed for digital marketing up to two hundred and fifty thousand dollars for marketing between the months of January and May. Never base any decision off of our emails.