A Gigantic Misallocation of Capital

Dear Reader,Many see the U.S. government debt as a non-issue, but what they fail to realize is that it is horrible for the private market. The private market is the actual engine that creates real, sustainable job growth.

Capital flows are like a river, and when the government is consuming debt, it’s as if a healthy flow of water that should be headed to enrich the sustainable environment is diverted into areas that are unsustainable.  To put it simply, capital that goes to fund government debt is NOT going somewhere else.

Perhaps it would have gone into a credit union, a bank, an insurance product, brokerage firm, or for all we know, a trip to Disney World.  What we do know is that it could have been used to support natural free market goods and services.

What the government then does with it is also a real shame, especially in the era of big government, where funds are now directed at bombs, manipulating publicly-traded markets, and bloated bureaucratic agencies.

To add insult to injury to the economy, government doesn’t produce any wealth, so as it borrows money with interest, it will have to infringe on the property rights of its citizens in order to pay back the debt.  This causes the non-producer of wealth (government) to depend on the real generators of wealth to provide for all this deficit spending.

Government spending, especially deficit spending, is also inflationary, since it creates a false demand for wherever the politicians are allocating our capital and the borrowed money.  Price inflation is ultimately passed on to consumers, and it hurts the poor more than anyone else.

Unfortunately, U.S. debt in the past 8 years has doubled, rising from $10 trillion to $20 trillion.  In fact, if you look at the long-term chart, it’s gone parabolic. 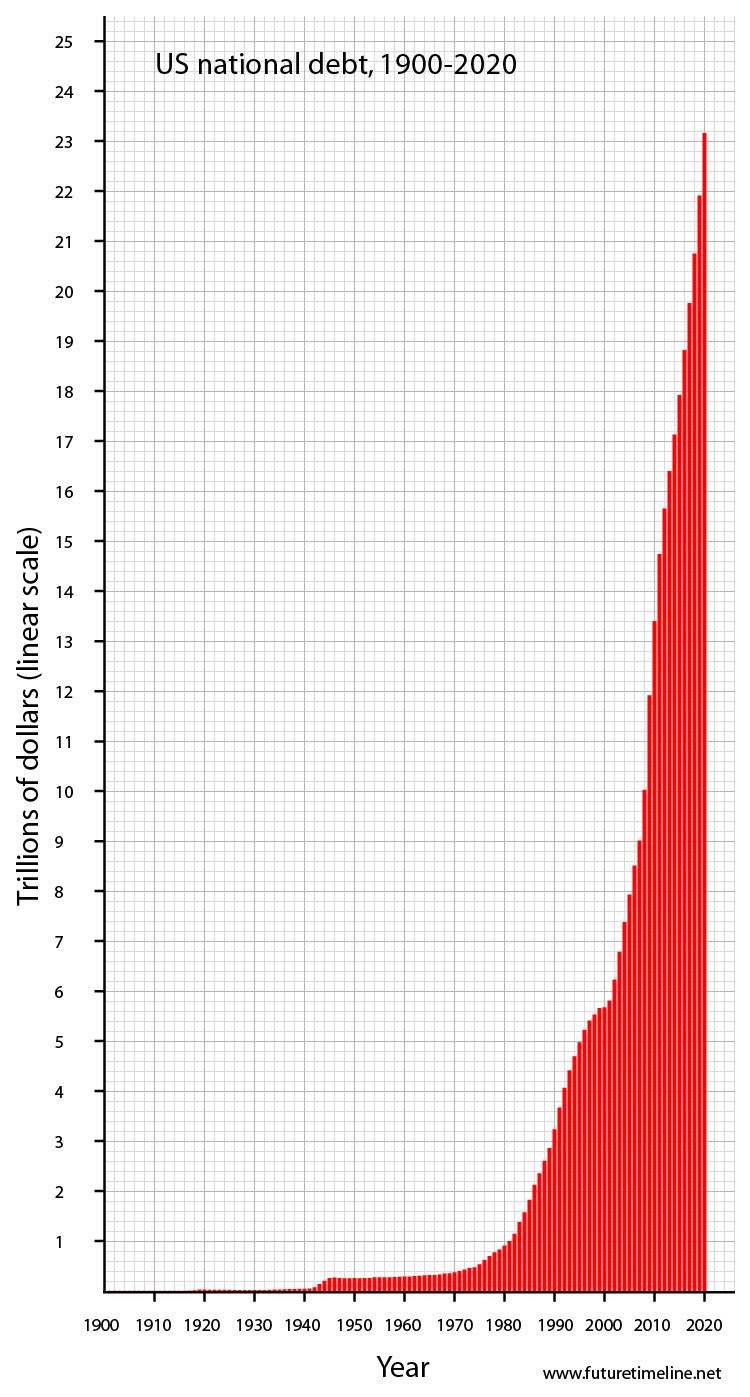 And the only way to keep the party going is to borrow more…  A failure to make good on our debts in the U.S., either through outright default or inflation, will be extremely painful for its citizens.

The truth is that the last 40 years have been one big debt binge, and now we are nearing the end.  Avoid all Treasuries and the bond market almost entirely, because when this unravels, it will be the biggest day of reckoning any of us have ever seen.