All Current Financial Models Are Broken

The unprecedented actions by the Fed since 2008 have destroyed all previous financial models. With central banks buying stocks, lending at near zero percent, and buying up toxic assets, the world is awash in a fiat currency mess.

New home sale prices are at all-time highs, but demand since 2008
has fallen off a cliff, and is still near its low. 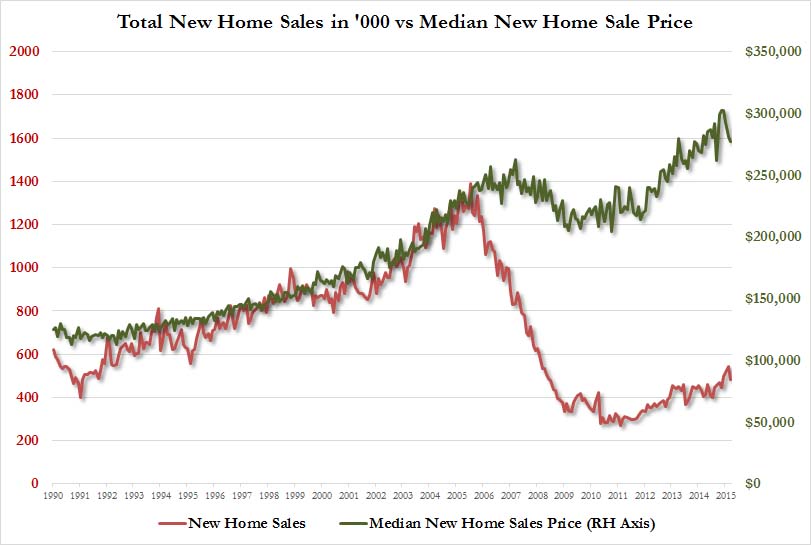 Unemployment is down, but that’s because people are dropping out of the labor force. 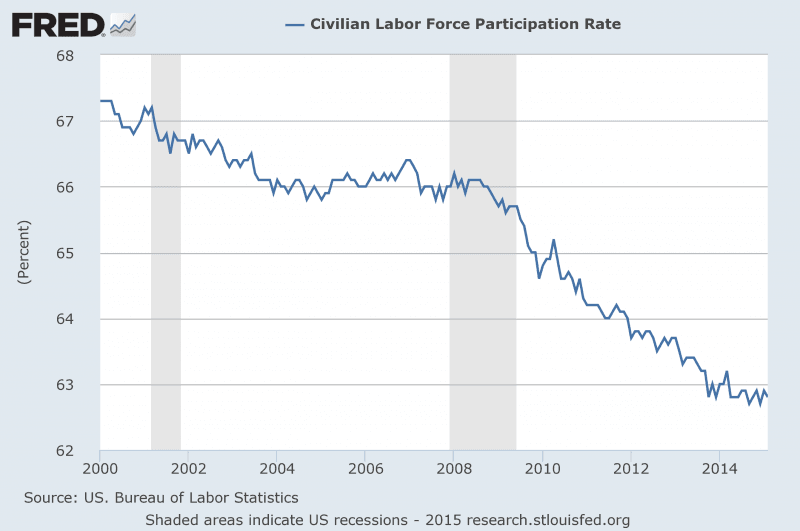 Government food stamps, which I call the modern day breadline…
look what’s happened since the 2008 crisis. 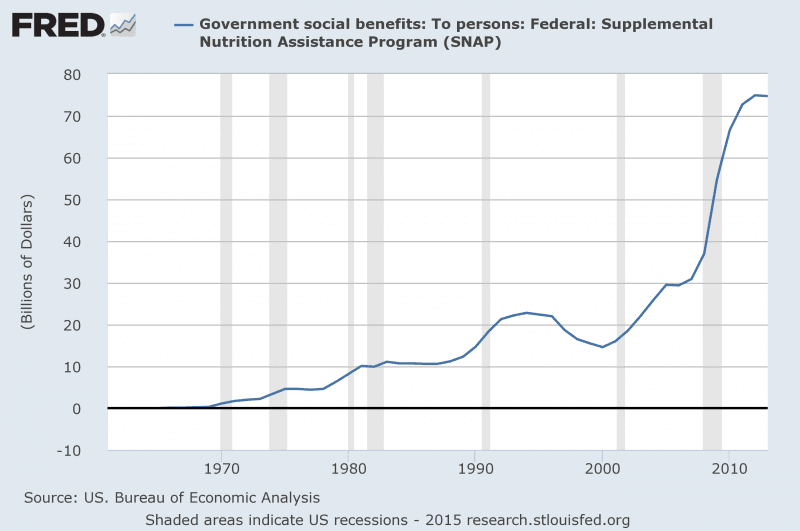 Check out the median income since 2007. It doesn’t look like much of an economic recovery. 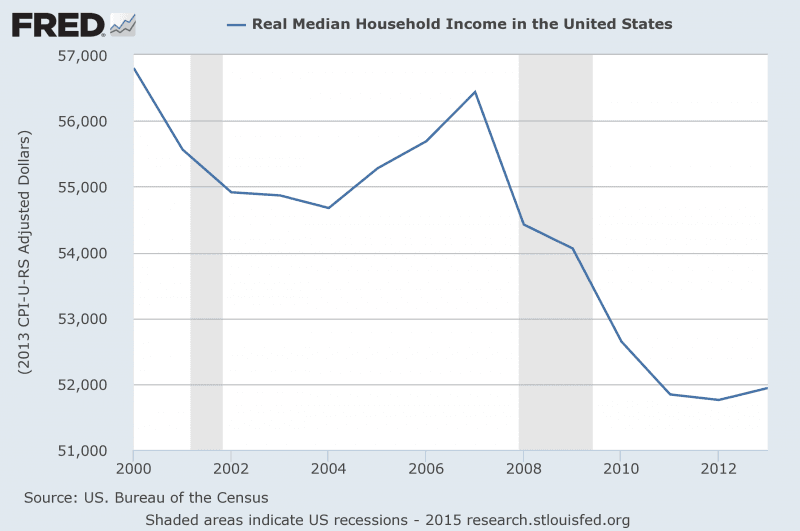 The Baltic Dry index used to be a great leading indicator for the economy and stock market, but since 2008, it’s completely broken and disconnected from both the economic reports we are hearing from government and the stock market’s new highs.

Summary: I am easily annoyed when I hear analysts and commentators compare this stock market to previous ones, or any economic data comparisons, when the fact is the Fed is so heavily involved in our markets now, there really isn’t a “true market; only manipulations,” as my friend Chris Powell has put it.

I don’t trust anything from the government, especially now, as the federal government has gone to great lengths to deceive and rig our data. Gallup, whose profits depend on accuracy, puts our real unemployment rate at about 20%, which totally makes sense when you look at other data points, like retail sales and the labor force participation rate.

FutureMoneyTrends.com’s analysis is that the U.S. is currently in a depression, with anemic growth compared to what the size of the U.S. economy needs to live in normal economic times. This depression will likely last well into the next decade. Unfortunately, the pain of this downturn will be determined by just how far the U.S. government is willing to go to keep the current fraudulent economy going. To date, the Federal Reserve, federal government, and world’s largest corporations have proven that they are willing to do almost anything to keep it going.

On a more optimistic side, IF the government can keep the train moving into the early 2020s without a collapse, it is possible that the parabolic move we are seeing in technology could save us from a systemic collapse in our monetary system. However, there are no guarantees.